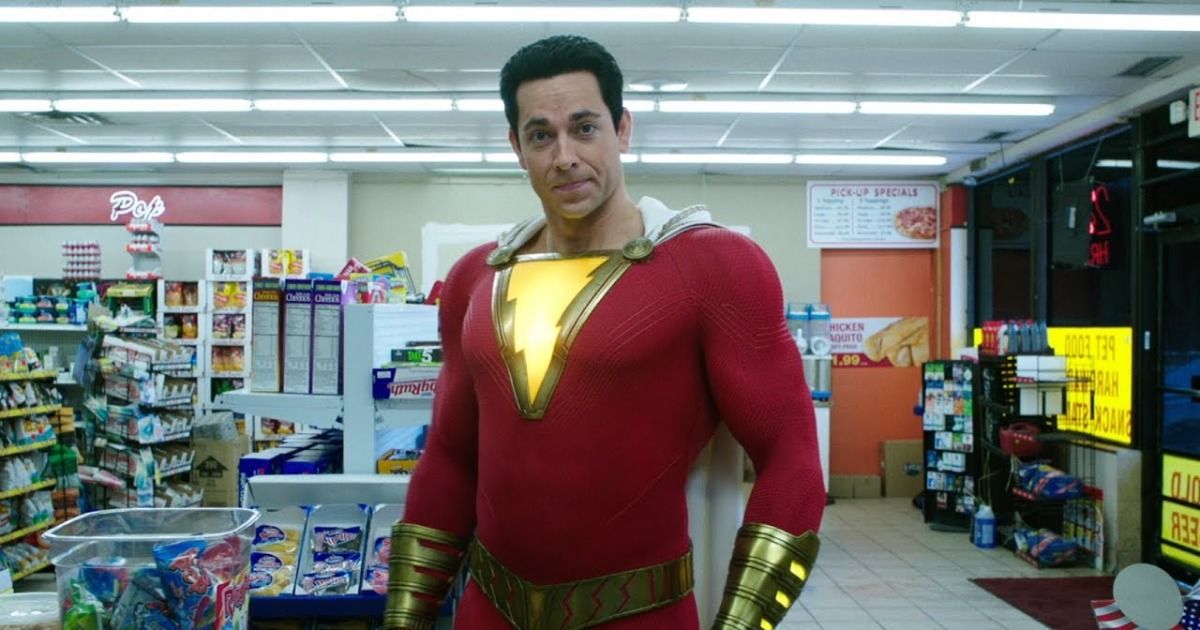 Which DC Comics villain will we see?

The Wizard Shazam has been around for millennia. As such, it stands to reason that its champions would have amassed more than their fair share of villains over the years. When young Billy Batson, played by Asher Angel (High School Musical: The Musical: The Series), chooses to accept the powerful wizard’s proposal, he takes up the disparate skills of the mythical figures Solomon, Hercules, Atlas, Zeus, Achilles and Mercury (or, if you take the first letter of the names of each of these historical figures, SHAZAM ). A superhero whose power is derived from such cosmically significant sources must necessarily have equally matched villains.

First Shazam! film, the main antagonist is Mark Strong (Cruel) as Dr. Thaddeus Silva, who serves as the host for the Seven Deadly Sins. In the next sequel, Shazam! Fury of the godsthe villains will be Rachel Zegler (West Side Story) as Anthea and Helen Mirren (The Queen) as Hespera, two daughters of the Greek Titan Atlas.

Unfortunately for DCEU fans everywhere, the second Shazam! the film’s release date has been pushed back again. Nonetheless, it’s already been announced that a third film will eventually be produced, and fans have already begun to speculate about the next classic comic book foe the superhero will face. Who could be the villain in Shazam! 3?

Given the empyrean heroes that Shazam draws his powers from, it might surprise people to learn that one of his enemies in the original comic book series is a silkworm named Mister Mind. Indeed, the character has already made an appearance in the DCEU. At the end of the first Shazam! film, Mister Mind visits Dr. Thaddeus Silva in his prison cell and discusses a possible alliance against the superhero.

RELATED: Shazam! Fury of the Gods: who are Kalypso and Hespera?

Mister Mind has advanced intellectual abilities. He hails from Venus and is the only remaining member of his species. In more recent iterations of the character, he has telepathic powers that allow him to “sneak” (if the pun can be excused) into the minds of his enemies.

While some versions of Mister Mind are of little concern to the mighty Shazam, some storylines have seen the worm grow to galactic proportions and become a universe-threatening villain, which would definitely make the character a worthy threat to the DCEU.

As his name suggests, Captain Nazi, also known as Albrecht Krieger, was given super soldier powers by his scientist father in order to serve Adolf Hitler and the Third Reich. He is tasked with defeating American superheroes to aid in the war effort. While there’s a lot of problematic historical context associated with this character, placing him as Shazam’s antagonist in the third film would allow the character to transition from a family hero to something a little more in line with DC’s darker tone. A villain with such a gruesome past gives a hero free rein to wield all his might.

In his original comic book appearance, he was the character who hurt Freddy Freeman to the point of being physically disabled. Captain Nazi hit Freddy with an oar after the kind-hearted character saved him from drowning after a battle with Shazam.

Black Adam, portrayed in the DC Cinematic Universe by Dwayne “The Rock” Johnson, is briefly hinted at in the first Shazam!. He was the former champion of the Wizard Shazam before he released the Seven Deadly Sins to the world. The character was originally meant to be the villain of the first film, although it was ultimately decided that it was best to allow the very famous Dwayne Johnson to have his own movie.

Although the character will likely become an anti-hero during his feature film, there’s still a chance he could appear in Shazam! 3 as antagonist. Black Adam has a history with the wizard Shazam, and that sour relationship is unlikely to be left unexplored in future projects. If he chooses to face the wizard in the future, the superhero Shazam and company will stand in his way, which could certainly lead to an epic battle.

Shazam is not an alien or some kind of super soldier. Her powers are derived from characters that are, in some cases, literally biblical. Nonetheless, villains with humbler roots are able to give him a hard time, even though DC’s creators opted to go with antagonists in the first two films that were more adjacent to omnipotence. In Shazam! 3it might be a good idea to step aside and let the superhero take on a classic comic book character.

Impressive business opportunity analysis forecast on the rise by 2026