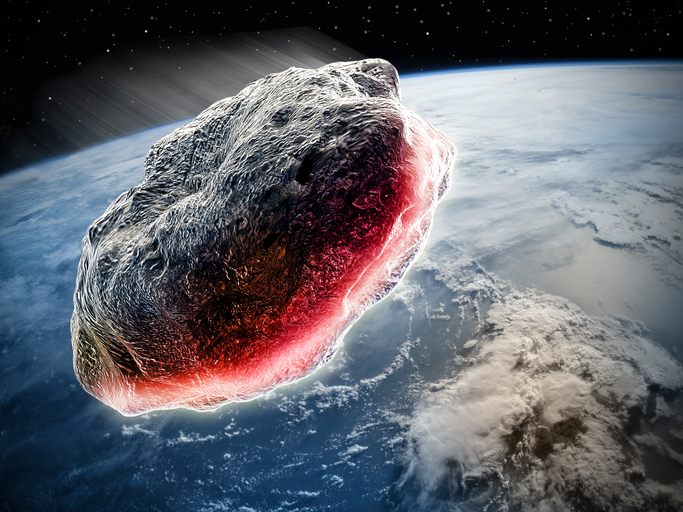 What are asteroids made of? : The India Tribune

Just over 12 months ago, we sat in Woomera, outback Australia, waiting for a streak of light across the sky to witness that the Hayabusa2 spacecraft had returned from its journey to retrieve a small piece of a near-Earth asteroid called Ryugu.

Unfortunately for us, it was cloudy in Woomera that day and we did not see the spacecraft enter.

But that was the only imperfection we saw in the return. We found and retrieved Hayabusa2, brought it back to Woomera, cleaned it up, and examined it.

The sample capsule has been removed from the spacecraft. It was in good condition, it hadn’t exceeded 60° Celsius on reentry, and the capsule was vibrating when it was turned over, suggesting that we had a solid sample.

Its vacuum had been maintained, allowing all the gases that had been released from the asteroid sample to be collected, and a preliminary analysis of these was carried out at Woomera.

A year later, we know a lot more about this sample. In the past month, three articles have been published regarding the first analysis of the Ryugu samples, including an article in Science this week regarding the relationship between the material seen on the asteroid and the sample returned to Earth.

These observations open a window into the formation of the solar system and help unravel a meteorite mystery that has puzzled scientists for decades.

In total, the sample weighs approximately 5 grams, split between the two touch sites that were sampled.

The first sample came from the exposed surface of Ryugu. To get the second sample, the spacecraft fired a small disc at the asteroid to create a small crater, then collected a sample near the crater in the hopes that this second sample would contain material below the surface. sheltered from space weather.

Sampling of the landing was recorded by video cameras aboard Hayabusa2. Through detailed analysis of the video, we have found that the shapes of the particles ejected from Ryugu upon hits are very similar to the particles retrieved from the sample capsule.

This suggests that both samples are indeed representative of the surface – the second may also contain material below the surface, but we don’t know that yet.

Back in the lab, we can see that these samples are extremely fragile and have a very low density, indicating that they are quite porous. They have the constitution of clay, and they behave like it.

Ryugu samples are also very dark in color. In fact, they are darker than any meteorite sample ever recovered. In situ observations at Ryugu also indicated this.

But now we have a stone in hand and we can examine it and get the details of what it is.

The solar system is full of asteroids: pieces of rock much smaller than a planet. By observing asteroids through telescopes and analyzing the spectrum of light they reflect, we can classify most of them into three groups:

Type C (which contains a lot of carbon)

Type M (which contains a lot of metals)

Type S (which contain a lot of silica).

When an asteroid’s orbit causes it to collide with Earth, depending on its size, we can see it as a meteor (a shooting star) streaking across the sky as it burns through the atmosphere. If part of the asteroid survives to reach the ground, we might find the remaining piece of rock later: these are the meteorites.

Most of the asteroids we see orbiting the Sun are dark-colored C-types.

Based on their spectra, C-types appear very similar in composition to a kind of meteorite called carbonaceous chondrites.

These meteorites are rich in organic and volatile compounds such as amino acids, and may have been the source of the seed protein to sustain life on Earth.

However, while about 75% of asteroids are C-type, only 5% of meteorites are carbonaceous chondrites. Until now, it’s been a puzzle: if C-types are so common, why don’t we see their remains as meteorites on Earth?

Samples from Ryugu (and presumably meteorites from other C-type asteroids) are too fragile to survive in Earth’s atmosphere. If they came in at more than 15 kilometers per second, which is typical for meteors, they would shatter and burn up long before they hit the ground.

The dawn of the solar system

But the Ryugu samples are even more intriguing than that. The material resembles a rare subclass of carbonaceous chondrite called CI, where C is carbonaceous and the I refers to the Ivuna meteorite found in Tanzania in 1938.

These meteorites are part of the chondrite clan, but they have very few defining particles called chondrules, round grains mostly of olivine apparently crystallized from molten droplets. CI meteorites are dark, uniform and fine-grained.

These meteorites have the particularity of being composed of the same elements as the Sun, and in the same proportions (apart from the elements which are normally gases). We believe this is because the CI chondrites formed in the cloud of dust and gas that eventually collapsed to form the Sun and the rest of the solar system.

But unlike rocks on Earth, where 4.5 billion years of geological processing have altered the proportions of elements we see in the crust, CI chondrites are largely pristine samples of the planetary building blocks of our solar system. .

No more than 10 CI chondrites have been recovered from Earth, with a known total weight of less than 20 kg. These objects are rarer than the Mars samples in our collections.

So what are the chances that the first C-type asteroid we visit is so similar to one of the rarest types of meteorites?

It is likely that the rarity of these CI meteorites on Earth is indeed linked to their fragility. They would struggle to survive the journey through the atmosphere, and if they reached the surface, the first downpour would turn them into puddles of mud.

Asteroid missions such as Hayabusa2, its precursor Hayabusa, and NASA’s Osiris-REx are gradually filling some gaps in our knowledge of asteroids. By bringing samples back to Earth, they allow us to come back to the history of these objects, and to the formation of the solar system itself. The conversation