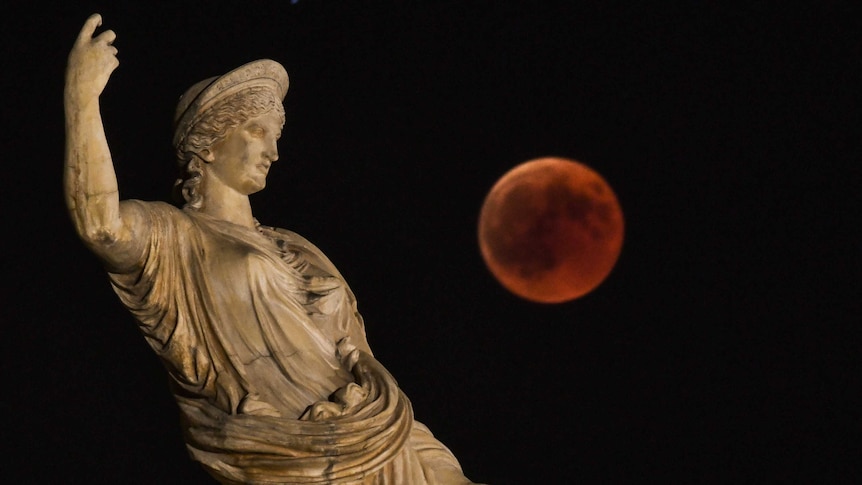 This measurement is over 2,200 years old and its accuracy is remarkable

There are so many negative numbers and statistics going around right now, it’s a bit overwhelming.

So let me tell you an inspiring story about the numbers: it will be a relief to think about something else for a few minutes.

About 2,250 years ago there was a man called Eratosthenes.

He was one of those ancient Greeks who changed the world.

He was a great mathematician, someone with a deep knowledge of a range of subjects.

He is famous for being the first known person to measure the circumference of the Earth.

How did he do it?

It is surprisingly simple. You just need some basic geometry.

Watch the short clip below from the great Carl Sagan to see how it was done.

I set it to play from the 4:11 mark, because that’s where Sagan explains the math. But the preceding few minutes are also wonderful.

In case you can’t watch or hear the video, I’ll explain the story to you quickly.

Around 245 BC, when Eratosthenes was in his thirties, he was working as a librarian at the famous library of Alexandria in Egypt.

It was there that he read the story of a water well in the city of Syene (now Aswan in southern Egypt).

At noon every summer solstice, the sun shone directly into the well, illuminating the water at the bottom – but casting no shadows on the walls of the well.

This meant that the sun was standing directly over Syene at this precise moment.

So Eratosthenes wondered, if he planted a pole in the ground in Alexandria at the same time, would it cast a shadow?

And it turns out so.

What did this prove?

His little experiment showed that the surface of the earth was curved like a sphere.

Why? Because his post in Alexandria was sticking straight in the air, but the curvature of the earth made it face slightly away from the sun, causing the post to cast a small shadow on the ground.

And that allowed him to do something else.

This meant that he could determine the length of the third side of the triangle, and he could also determine the angle at the top of the post, between the sunray and the post itself.

Therefore, he knew that the sun was hitting Alexandria at an angle of 7.2 degrees precisely at noon on the summer solstice.

When a fraction goes far

And that left him one last bar.

To determine the circumference of the earth, he needed to somehow measure the distance between Alexandria and Syene.

So he asked someone (or a team of people) to go through it.

They estimated the distance between the two cities to be around 5,000 stadia (or 800 kilometers).

And that was all Eratosthenes needed.

He had all the ingredients to calculate the circumference of the earth.

Suppose the earth is a perfect sphere (it is not, but it is not a problem for these calculations).

If you cut the earth in half, the great earth circle will obviously be 360 ​​degrees, and the circumference of this circle (i.e. the total length of its perimeter) could be divided into equal pieces of any length. .

Eratosthenes knew that the distance between Syene and Alexandria was 7.2 degrees along the face of the earth.

So how many of those distances would it need to span the entire 360 ​​degree circumference of the earth?

This meant that, since the distance between Alexandria and Syene was 800 kilometers, it was enough for him to multiply 800 by 50, which made 40,000.

And that was it.

The circumference of the earth was 40,000 kilometers, according to the calculations of Eratosthenes.

It was unbelievably close.

Not bad for someone with such rudimentary tools.

He drew a map of the known world with parallels and meridians, making it possible to estimate the actual distances between objects, and plotted the names and locations of hundreds of cities on the grid.

It was the beginning of modern geography.

Either way, I hope it was a pleasant escape from reality.

When so much attention is paid to the mathematics of hospitalizations, vaccinations, and contagion, it’s easy to forget that math can also be a source of innocent joy.

Take care of yourself this week.