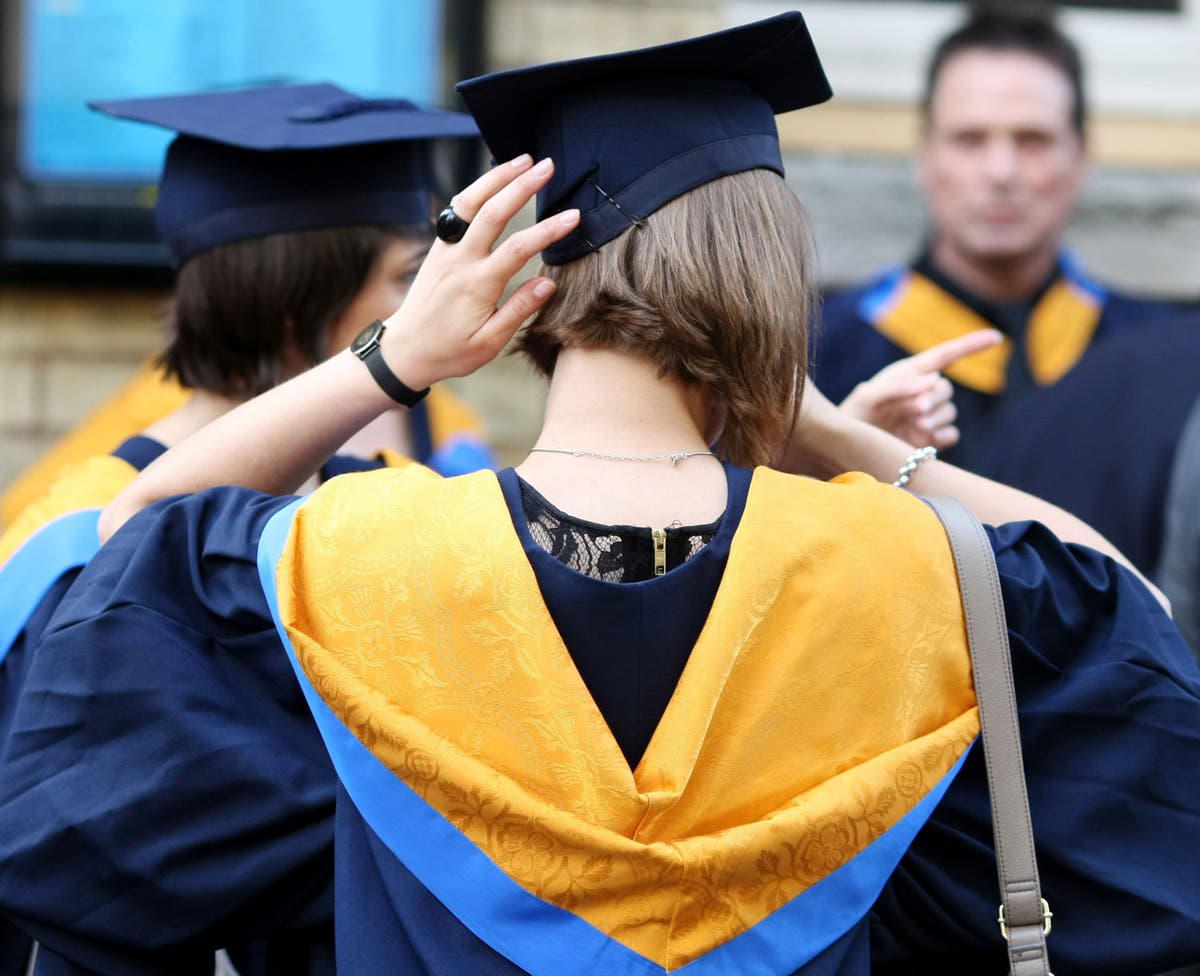 he proportion of graduates who get full-time jobs just over a year after leaving university has declined, official figures show.

Among young people leaving university in 2018/19, just over half (56%) of UK-domiciled graduates were in full-time employment around 15 months after completing their courses, compared to 59% of the cohort 2017/18.

The majority of respondents to the Graduate Outcome Survey, conducted by the Higher Education Statistics Agency (HESA) for the second year in a row, graduated in 2019 and were interviewed after the declaration of the pandemic.

The most obvious effects of the pandemic on the cohort have been an increase in unemployment and a 50% drop in the proportion of graduates who took the time to travel – from 1.4% to 0.7%, according to the HESA analysis.

The figures also show that black graduates are now even more likely to be unemployed more than a year after leaving college than their white peers.

Data shows that among those who left university in 2018/19, 7% of black graduates domiciled in the UK were unemployed, compared to just 4% of white graduates.

In 2017/18, 5% of black graduates were unemployed 15 months after leaving college, compared to just 3% of white graduates.

It comes as universities come under increasing pressure to improve the performance of students from black and ethnic minority backgrounds (BAMEs).

Among graduates working full-time in the UK just 15 months after leaving university, less than half (48%) of men earned less than Â£ 27,000, compared to more than three in five women (61%), suggest the numbers.

The remaining 12% were unemployed – or engaged in some other occupation such as traveling, taking care of someone, or they were retired.

Nick Hillman, director of the Higher Education Policy Institute (Hepi), said he was “struck by some of the challenges in data equality”.

He said: â€œNow that universities are measured by their graduates’ performance, they need to tackle differential outcomes if they don’t want the regulator to blow their necks out. “

Chris Millward, Director of Equitable Access and Participation at the Student Office (OfS), said: â€œGraduates are likely to face challenges in the job market as the recovery continues – it is critical that the higher education owes graduates the skills and knowledge they need. need to progress and thrive in the workplace.

He added: â€œWe also know that there are disparities in outcomes between groups of students throughout and beyond higher education. For black students, this is crucially related to the proportion who obtain the highest degrees, which in turn influences their future employment prospects.

â€œUniversities and colleges are committed to filling these gaps through the access and participation plans they agree with OfS.

â€œIt is essential that universities keep these commitments so that all students have the opportunity to advance to rewarding careers. “

A spokesperson for HESA said: â€œThis year’s survey clearly shows some of the impact of the Covid pandemic on graduates’ early careers.

“Data on both the activities and subjective feelings of graduates this year will be invaluable to policymakers working to restore the economy and researchers trying to understand the impacts of the last remarkable 18 months.”

A spokesperson for Universities UK said: â€œUniversities recognize that the pandemic has been exceptionally difficult for students and graduates facing an uncertain job market.

â€œUniversities are there to help new graduates as well as current students and we encourage them to get in touch with their academic career services so that they can access the full range of support available.

â€œUniversities are also redoubling their efforts to work in partnership with employers to ensure that all students are able to reach their full potential after graduation.

â€œUniversities know there is still work to be done to help all of their students thrive and many have set ambitious goals for closing the gap in awarding degrees and others. discrepancies in the results of diplomas. “

A spokesperson for the Department of Education said: ‘The vast majority of graduates – 88% – are either already employed or in education, and we have additionally invested an additional Â£ 32million in the National Careers Service, providing career advice to over 500,000 people. We have also launched our Graduate Jobs and Skills Guide to help all graduates affected by the pandemic to reflect on their postgraduate choices and gain work experience.

â€œWe remain committed to improving the standards of higher education and welcome the recent consultation of the Students Office on this matter. “