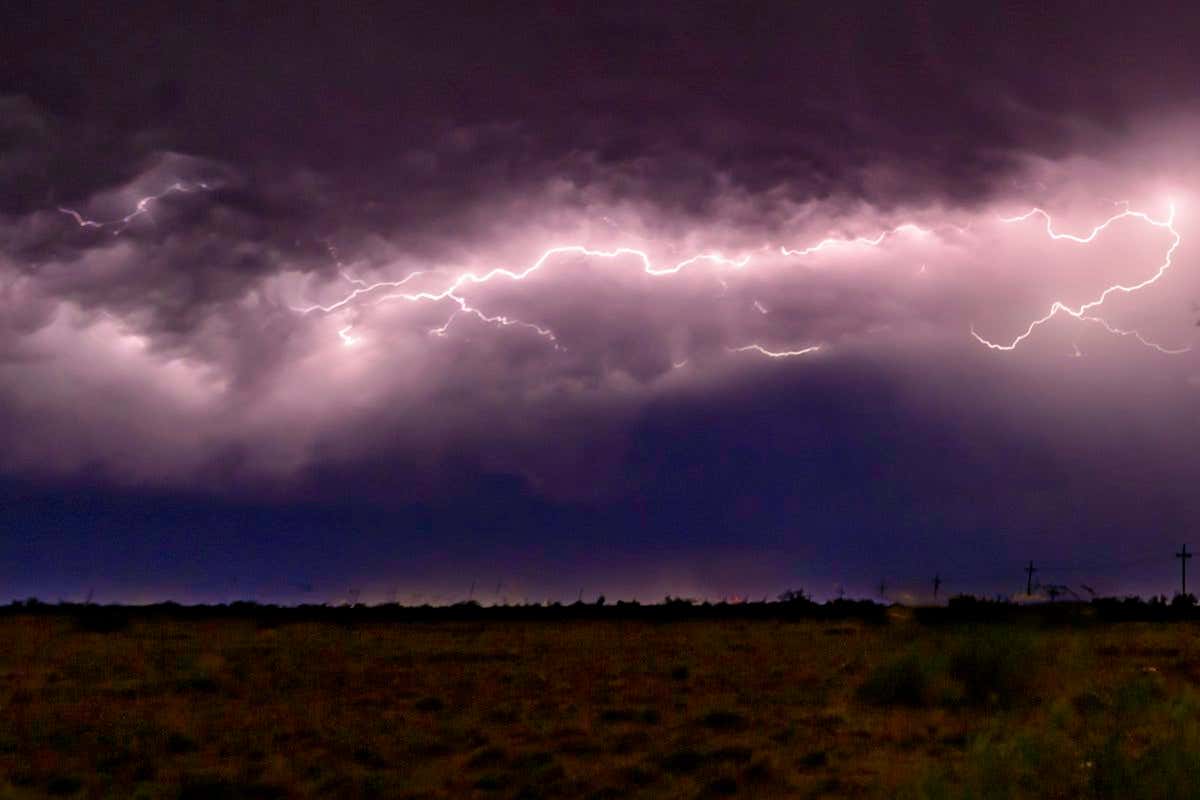 The lightning bolt measuring 768 kilometers is the longest on record

The longest lightning strikes in the world – both in terms of distance traveled and duration – have been measured from space and confirmed by the World Meteorological Organization (WMO).

One of the lightning strikes occurred in the southern United States in April 2020 and was about 768 kilometers long, the same as the distance between London and Hamburg, or 60 kilometers longer than the previous record set in Brazil in 2018.

The second flash was measured in June 2020. It straddled the border between Uruguay and Argentina and lasted 17 seconds – longer than any other flash ever detected.

“We now have clear evidence that single flashes can last seventeen seconds,” says Randall Cerveny of Arizona State University. “It’s important for scientists because it improves our understanding of lightning dynamics – how, where and, most importantly, why lightning strikes the way it does.”

Both flashes were observed in thunderstorm hotspots across the Great Plains of North America and the Río de la Plata Basin of South America. These geographic areas are subject to relatively large convective systems, which can cause individual thunderstorms to combine into massive weather systems that trigger extreme lightning strikes.

The flash that crossed the southern United States would have been difficult to measure with conventional ground equipment. Meteorologists have therefore turned to lightning mappers on geostationary satellites, which have a much wider field of view.

“We’ve only had this type of lightning detection and mapping equipment in orbit for a few years – and thanks to that, we’re learning a lot more about mega-lightning,” says Cerveny.

Although the two flashes were detected a month apart in 2020, only now has the WMO certified that the events had the longest distance and longest duration, respectively, on record.

According to Graeme Marlton of the University of Reading, UK, the original lightning bolts had to go through a lengthy process of double-checking instruments, cross-checking observations and verification by a panel of experts to be registered as lightning bolts. world record.

With the two record-breaking lightning strikes occurring in 2020, this might seem to indicate that lightning is getting more extreme – but it may be more likely that it was simply due to improved imaging capabilities that both records were broken. so recently. “Only after several years of these extreme events have been recorded will we be able to assess whether they are becoming more common,” says Marlton. However, climate change appears to be increasing the frequency of lightning strikes on Earth.

Although the measured lightning strikes had no contact with the ground, the length and duration are still an important reminder of how far lightning can strike from its region of origin, Cerveny explains. Whenever you hear thunder, Cerveny says, you should find a place that’s safe from lightning, such as a prominent building or a fully enclosed metal-roofed vehicle.

Learn more about these topics:

During the quarantine, the number of long-term online direct lenders has increased