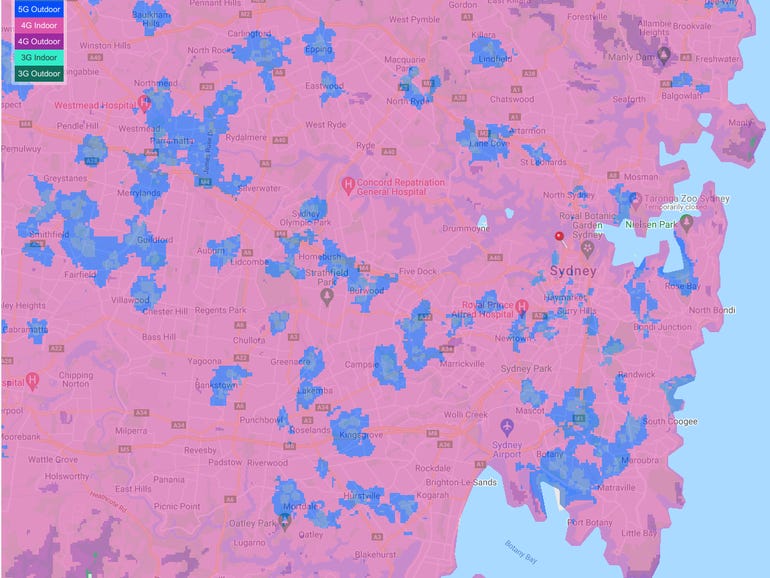 Users know that telecom coverage maps are unreliable at the best of times, but the Australian Competition and Consumer Commission (ACCC) wants to change that.

At the heart of the problem are telecommunications operators who interpret the rules for keeping records on coverage in different ways. Optus and TPG do this primarily with outdoor coverage provided on a standard handset, while Telstra predicts coverage based on an external antenna.

Telecom operators should use prediction because objects such as buildings, walls and fallen trees can get between the user and the tower, lowering the received signal. Each phone company also has different inputs and assumptions in their prediction.

The difference between the two approaches is best illustrated by how Optus included in its 4G coverage for 2021 a 700 MHz coverage map that used external antenna measurement instead of exterior coverage. If Optus’ numbers were taken at face value, the phone company would have increased its total national geographic 4G coverage in a single year by 57 percentage points, with distance coverage more than doubling and far-distant coverage tripled.

“The results for 2021 should be treated with caution,” the ACCC warned in its Mobile Infrastructure Report 2021.

The differences in coverage information were especially significant for people outside major cities, the report said, where network choice was limited and where appropriate information could help users make informed choices and improve competition. .

â€œMany regional consumers have a limited choice of networks and need to know if they will be covered at home, on properties or along regular transit corridors. This is both for the connection and for security reasons, â€ACCC said.

â€œAs such, the industry should work together to develop a common set of assumptions to predict coverage.

“In the absence of an industry-led process, it may be necessary for the government and regulators to prescribe these assumptions to resolve the problem.”

While Telstra may be playing dumb with its coverage maps, the number of mobile sites is one area where it continues to outpace other major carriers.

The report showed the gap in funding choices under the Mobile Black Spot program, with Telstra having 735 sites receiving co-funding, Optus gaining 126 sites and TPG receiving money for 60 sites.

Just having sites is not the whole story of the coverage, however, as carriers can share towers and sites. The report states that 87% of TPG sites are collocated with another phone company, Optus has a 73% collocation rate, and Telstra has just under 35% of its co-located sites.

Along with the report, ACCC also released a data set on mobile sites and coverage for each phone company.

On Tuesday, Optus announced that it is testing its Ericsson standalone 5G network with Oppo X3 Pro 5G handsets. The telephone company said it has the first customers in Australia to connect to a multiband stand-alone network on the 3,500 MHz, 2,300 MHz and 2100 MHz bands.

Over the past week, TPG claimed the longest 5G voice and video call in the world, with two phones located 74 km from the Tower of Mount England in Queensland completing the call. On Wednesday, TPG launched its SD-WAN offering alongside Fortinet.