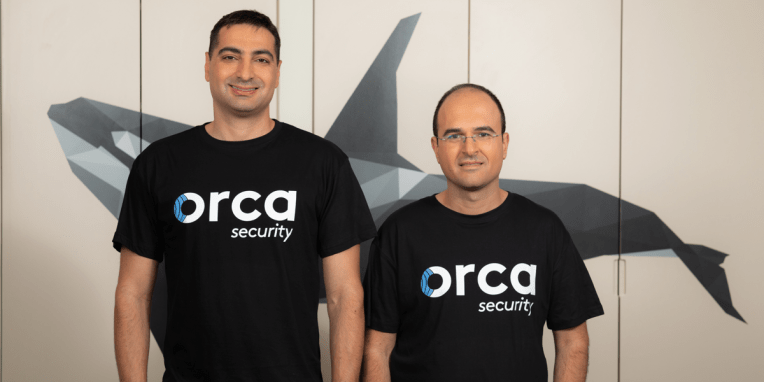 Orca Security, an Israeli security firm offering an agentless platform to protect cloud-based assets, has secured a $ 550 million extension of the Series C funding round it raised seven months ago .

The initial round of $ 210 million raised the company’s valuation to over $ 1 billion, and the latest round increases the valuation by 50% to $ 1.8 billion, Avi Shua told TechCrunch, co-founder and CEO.

The expansion is in line with the quick spins that Orca Security has racked up over the past year. The company raised a $ 55 million Series B round last December, which followed a $ 20.5 million Series A round before that in May.

Since the C Series earlier this year, the company has been busy creating a new platform that will move the security environment to the cloud in minutes instead of months, Shua said.

“It’s like an MRI for the cloud,” he added. “Once connected to the cloud environment, you can get a full view of the risks without any friction. “

As businesses have gone digital over the past couple of years, organizations have been pushed to deliver functionality and capability in the digital space and couldn’t wait. This has led to increased adoption of cloud and security solutions. For Orca Security, this has translated into “booming” growth, Shua said. The company employs more than 200 people and has increased its turnover by 800%.

After the Series C closed, Shua attracted interest from additional investors interested in partnering with the business, and some of the names stood out as partners who could help the business accelerate.

“Temasek is a world-renowned investor and with strategic partners like Splunk and SAIC we can go further,” he added. “We weren’t desperate for cash, but we wanted to position ourselves for the growth we were experiencing.”

It intends to roll out the new funding in three areas: engineering to continue to offer more functionality, to expand its global reach and on-market.

To support both global growth and go-to-market, Orca Security also announced on Tuesday that it has hired Meghan Marks as chief marketing officer. Previously, Marks was CMO for the Prisma Cloud business unit of Palo Alto Network.

Orca Security now operates in more than 15 countries and recently launched versions of its website in German, French, Chinese and Japanese. It will expand its presence in the UK, where it opens an office and R&D center in London, as well as in the EMEA and APAC regions. He plans to staff the new London office with around 20 staff by the end of the year.

Shua sees the cloud continuing to evolve rapidly, and he expects cloud security to be the next trillion dollar market over the next five years.

“Orca Security is positioned to be a market leader, and we are focused on technology that no one else has,” he added. “We live in a fragile world, and there are generally no negatives to cyber. If you fail, you try again in the next few minutes, which makes checking more difficult. This is the reason why the cyber market is growing. What we deploy can be used to protect the environment.