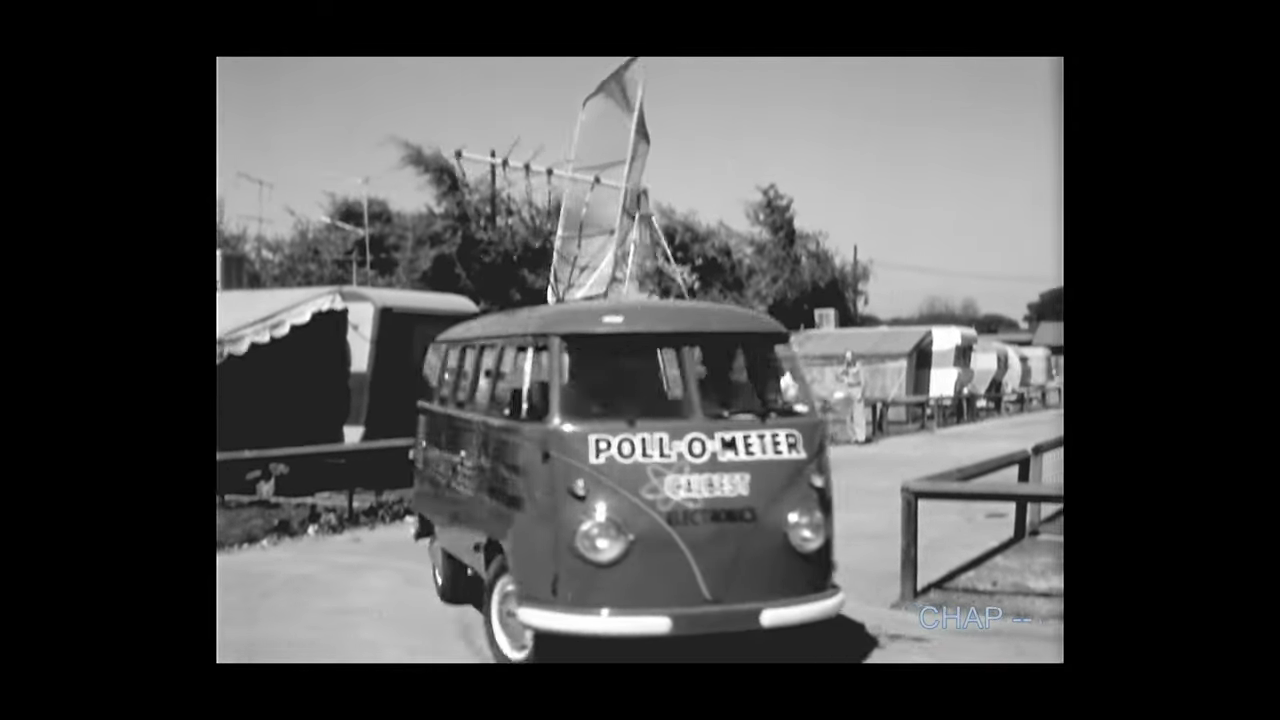 This may shock some people, but television was once a big deal – a very big deal. Sitting in front of the glow tube for an evening of entertainment was pretty much all there was to do after work, and while that content might not be so great for us, it was a mine of fun. gold for anyone who had the ability to monetize it. And they monetized it, “them” being the advertisers and marketers who saw the potential of the new medium as it grew in early 1950s America.

However, they faced a small problem: proving to their customers exactly how many people they were reaching with their ads. The 1956 film below shows an attempt to answer this question with technology, rather than guesswork. The film features the “Poll-O-Meter System”, a portable electronic tuning recorder built by the Calbest Electronics Company. Few technical details are offered in the film, which seems aimed more at the publicity types, but from a shot of the front panel of the Poll-O-Meter (at 4:12) and a look at its antenna from comically oversized roof (12:27), it seems safe to assume that it worked by receiving broadcasts from the TV’s local oscillator, which would leak a signal from the TV antenna – perhaps similar to the approach used by UK TV localization vans.

The Poll-O-Meter appears to have supported seven channels; even though there were twelve channels at the time, licenses were rarely granted for stations on adjacent channels in a given market, so getting a hit on channel “2-3” would have to be considered in the context of the market local. The Poll-O-Meter had a charming, homebrew look, right down to the hand-painted logos and panel lettering. Each channel had an electromechanical totalizer counter, plus a patch panel that looked like it could be used to connect different counters to different channels. There even appears to be a way to subtract accounts from a channel, although it’s unclear why this would be necessary. The whole thing lived in the back of a 1954 VW van, and was driven around neighborhoods turning heads and collecting data on what channels were watched “without asking for help or cooperation from…users.” Or, you know, their consent.

It was a different time, however, which is clear from watching this film, as well as the bonus commercial for Westinghouse TVs at the end. The Poll-O-Meter seems a little silly now, but don’t judge 1956 too harshly – after all, our world is regularly prowled by equally intrusive and unconsentful Google Street View cars. Still, it’s an interesting insight into how one outfit tried to snag a price tag on eyeballs silently gazing out over the “Vast Wasteland.”