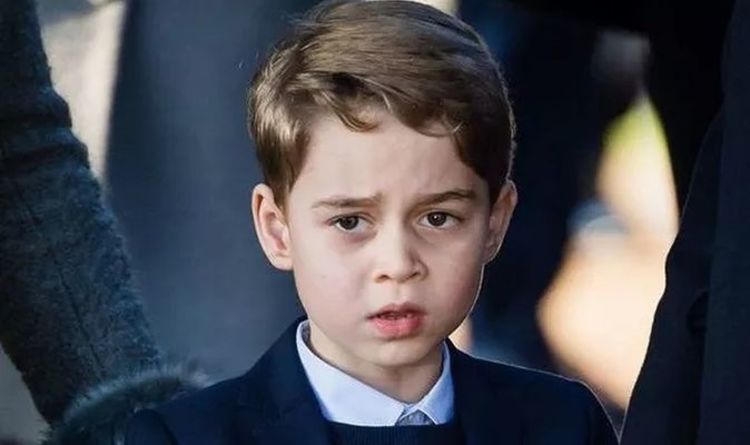 In an interview with poet laureate Simon Armitage, the Prince of Wales revealed what his eight-year-old grandson is doing at Charles’ residence in the Cotswolds. Charles, 72, was talking to Mr Armitage from his Carmarthenshire farmhouse, Llywynywrmod.

The Prince of Wales explained in his BBC interview how George liked to pit himself against a tree he had planted in his estate across the River Severn.

He said, “The fun is getting the grandchildren to plant a tree every now and then so that they can measure themselves, if you know what I mean, by the size of the tree.”

The elder of the Cambridges planted a balsam fir in the Highgrove Estate in Gloucestershire in 2015, when he was just two years old.

Speaking of George’s tree, Charles said, “This thing blew up.

“I mean, it’s already higher than this barn, which for a kid is quite satisfying when you can say ‘look at it now.’

“It grows about three feet a year. Not many people do.”

The Highgrove Estate was built at the end of the 18th century.

Prince Charles bought the property from the son of former Conservative Prime Minister Harold Macmillan in 1980.

According to the Highgrove website, Charles’s address in the Cotswolds “unfolds in a succession of personal and inspiring paintings, each reflecting the Prince’s interests and enthusiasms.”

It has been suggested by a royal expert that Highgrove could fall into Prince George’s hands in the near future.

“And I love coming in the winter when I can on the weekends.

“And I walk around the Brecon Beacons and explore, which is magical, and push my way through a lot of sheep everywhere. It’s very special because it’s more of a chalet.

The Duke of Cornwall’s conversation with Simon Armitage was broadcast on BBC Radio 4 and BBC Sounds at 7.15pm on Saturday 28 August.

Microlens parallax measurement via simultaneous observations of the Chinese Space…

Measure the commercial market for the John Means starter; No Orioles in the All-MLB…