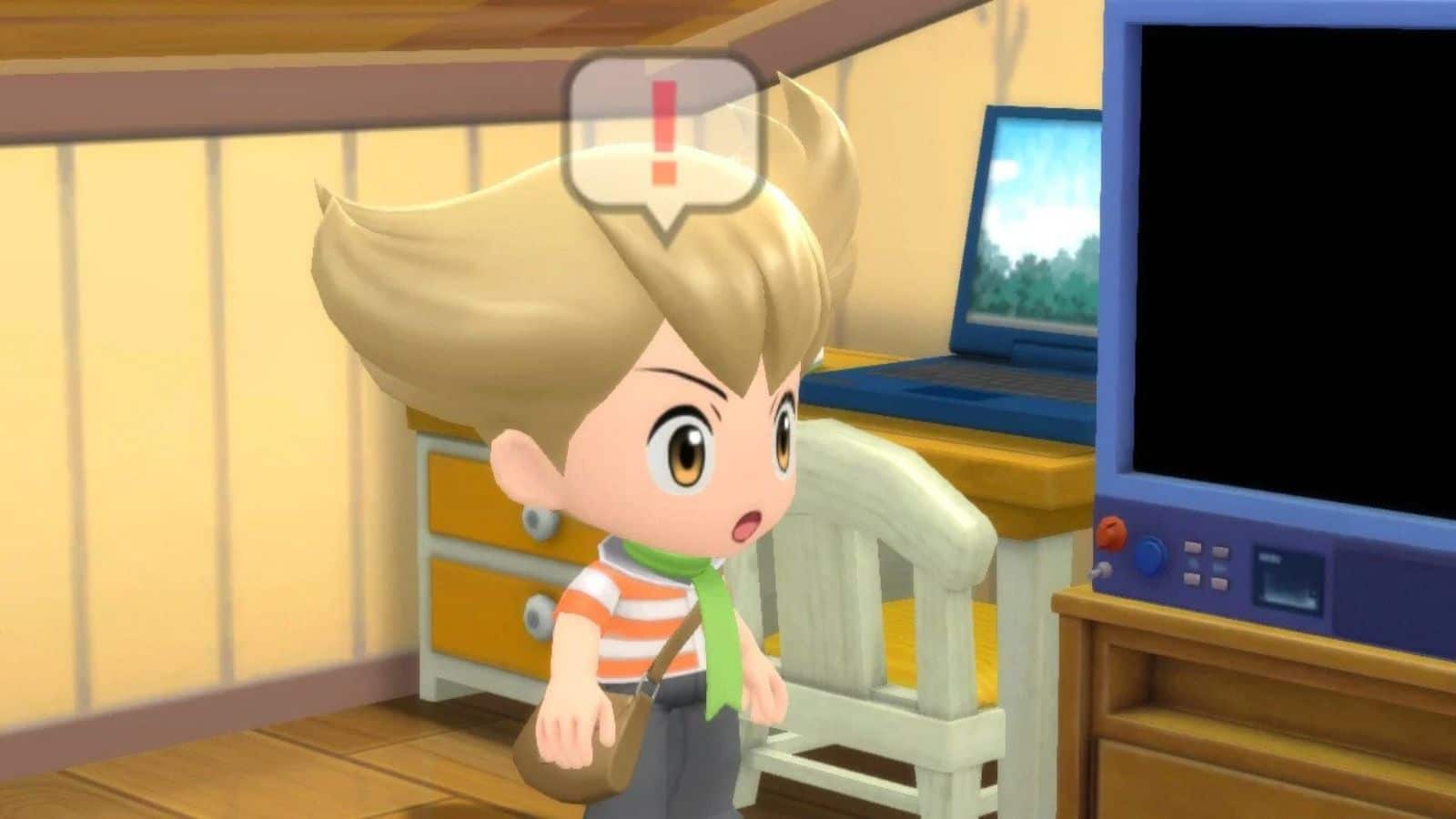 When they were first revealed, Pokemon Brilliant Diamond & Shining Pearl caused quite a bit of controversy thanks to the short, chibi-style overworld models.

While some fans appreciated how faithful this aesthetic was to the original games, some fans wondered what these remakes might have looked like with a different style.

Now a modder has replaced the overworld player model in BDSP with the more detailed combat model, and the results are slightly terrifying.

While the BDSP Outworld models have a chibi appearance, the battle models have much more realistic proportions.

A Twitter video courtesy of a user called TheYisusOneshowed what would happen if they replaced the overworld model with the combat model.

Although the animations look sleek and polished, the combat model’s proportions to the outside world look very off.

As a result, most of the NPCs that dot the map seem gigantic in comparison to the player.

This is especially evident in the PokeMart, where the realistic-looking player character talks to a huge NPC store clerk looming behind the counter.

Additionally, the player character looks quite small next to objects such as street signs and tall grass.

A social media user describes the eerie feeling the video gives, comparing it to a walk through a theme park full of people wearing mascot costumes.

Other Fans weren’t as bothered by the mismatched proportions, but said that if the player character model was “just a bit taller”, it might help things look a little better.

That… doesn’t look bad. I really thought the proportions of Overworld would make it goofy, but it’s “believable”. Maybe if the model was just a little bigger it would be perfect! Well done Yisuno, as always! ^^

While it’s an interesting experiment, it looks like it would take a lot of work to seamlessly revamp Pokemon Brilliant Diamond & Shining Pearl’s chibi aesthetic.