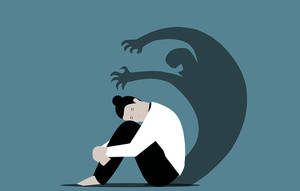 Physicians’ emotional labor increases in proportion to their interactions with patients

A recent study showed that the more interactions physicians have with patients, the greater their emotional labor.

Kim used emotional labor data as part of the 2020 National Medical Survey conducted by her research institute from November 19, 2020 to January 10, 2021. Of the doctors who responded to the survey, she targeted 5,563 doctors with treatment experiences. .

The emotional labor level of specialists was the highest with 71.48 points, followed by practicing physicians with 70.70, military surgeons (70.52) and salaried employees (69.90). Those who showed the lowest level of emotional labor were teachers, with 69.32 points.

Per service, the psychiatrist showed the highest degree of emotional work with 75.77 points. Next come rehabilitation medicine with 73.31, pediatrics and adolescence (72.26) and dermatology (72.12). Finally, doctors in the emergency medicine department have the lowest level, with 66.70 points.

Kim said devices were needed to ease the emotional work of doctors.

“Doctors should be included within the applicable scope of the Occupational Safety and Health Act, a legal system aimed at protecting emotional workers. Although practicing doctors are not subject to the law, at least salaried doctors should be included in the law’s target,” Kim said. “In addition, it is necessary to take measures for the emotional management of work in medical institutions, such as designating a compulsory leave system, providing regular counseling programs with psychiatrists.”

The KMA researcher acknowledged that the study has limitations, as it reviewed and used nurses’ emotional labor measurement tools and stopped short of identifying elements influencing emotional labor.

Still, the study is significant because it was the first in Korea to measure and analyze the current level of emotional labor among Korean doctors,” Kim said.