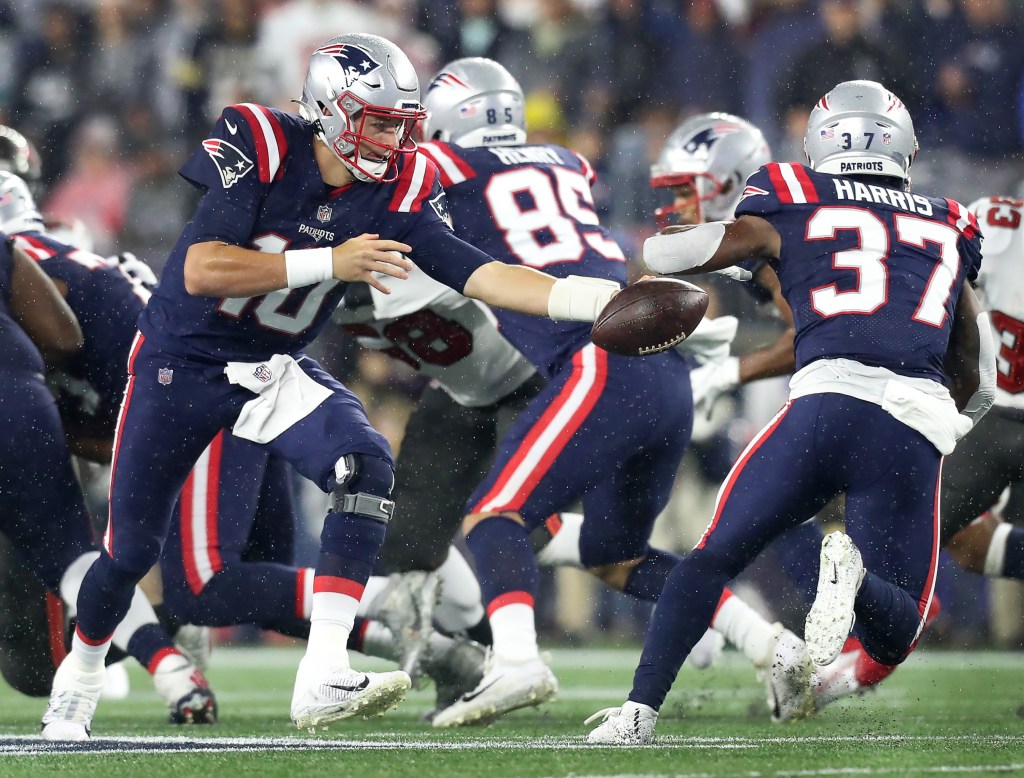 In the last two games, the distribution between passes and passes has been heavily focused on the pass.

Part of this is the result of drag in games and the need to pass to catch up. The other part is having an inefficient racing game.

Against the Bucs on Sunday night, the Patriots only threw the ball eight times, for a net yard less than one. Fullback Damien Harris has struggled recently, scoring just 24 yards on 10 carries in the last two games.

The lack of a running game forced Mac Jones to put the ball 40 times. The week before against the Saints, he attempted 51 assists, down from just 17 scoring games.

Patriots offensive coordinator Josh McDaniels has admitted the unfairness and doesn’t want his rookie quarterback handing the ball 40 or 50 times on a regular basis.

The racing game should deliver, clear and simple.

â€œI never want to be one-dimensional. I don’t think we ever do, here. There have certainly been games in the past that we can all point our fingers at and say we probably didn’t give him a chance and had to rely on the passing game. But I would say that, as a rule, it’s not a sustainable method of attacking play.

â€œYou can’t give it up every week because someone is making it difficult. . . we have to do better than Sunday.

For the most part, McDaniels agreed Jones did well under the circumstances, absorbing hits and delivering the football as often as needed. But McDaniels doesn’t want that to be the norm.

â€œHe certainly responded to everything we asked him to do. He obviously has a great mindset and a great attitude about it. There is nothing we asked him to do that he avoided or wanted less responsibility. It’s not his nature or his personality, â€McDaniels said. â€œI appreciate that in the young man. He tries to meet all the challenges that are thrown at him. I think he’s shown he’s able to do some of these things to help us. But I think as we go along here the goal would hopefully be to use that method of play less, not more as we go. ”