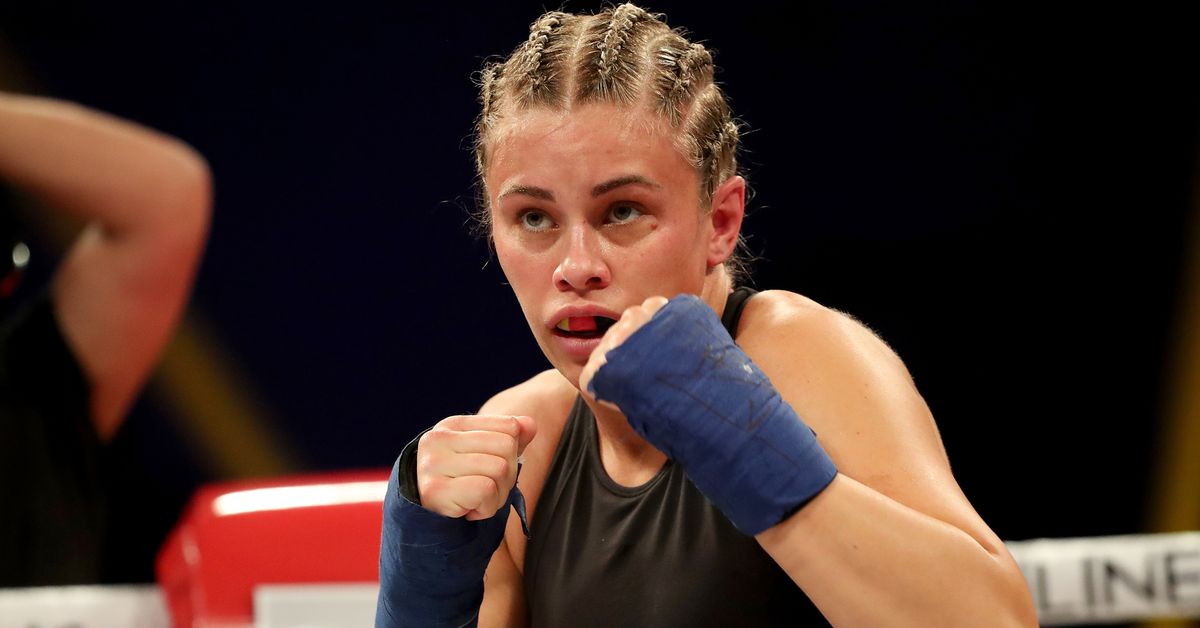 Paige VanZant working on contract extension to stay with BKFC in addition to AEW: ‘I’m 100% committed’

Paige VanZant is not nearly done with her bare knuckle fighting career.

The former UFC star signed a four-fight deal with BKFC in 2020, but also recently announced plans to move into professional wrestling after signing with All Elite Wrestling. While both endeavors will keep her very busy, VanZant said. The fighter against the writer that she is still a combat sports athlete with the hope that she will soon reach an agreement on an extension to stay even longer with BKFC.

“I’m still bare-knuckle boxing,” VanZant said. “I am still with BKFC. I’m about to sign a contract extension. Sure, I didn’t have the greatest success right off the bat, but that also fueled my fire even more. I train harder and I see a lot of connection between my training for BKFC and my training for pro wrestling.

“What’s great is that there are 24 hours in a day and I’m going to use every hour of that to train for both.”

Despite going 0-2 with BKFC, VanZant hasn’t lost an ounce of confidence that she made the right decision to test herself in bare-knuckle fighting after leaving the UFC.

None of her losses were necessarily poor performances and VanZant prefers to view the experiences as growing pains and she expects much better returns when she competes again while headlining the first ever BKFC card. in London on July 9.

“I’m 100% committed,” VanZant said. “I know the last two fights I had for them, they were extremely close, both of them.

“From an athlete’s perspective, I know I lost to both. I know there was controversy, some people saying I won. It was very close. I see it because I had two losses but they were extremely close and I can see my boxing skills better from the first to the second. [fight].”

Of course, VanZant has heard plenty of criticism from the moment she put pen to paper on her contract with BKFC, especially given the graphic brutality that often accompanies bare-knuckle matches.

VanZant says she only used that as extra motivation and her experience with BKFC has been nothing but positive in hopes the relationship will continue well beyond this year.

“I’m not done yet,” VanZant said. “I know people saw me as a terrible career mover and there was all the negativity and shock about my signing with bare knuckle boxing. Yes, I made 0-2. I need to get out, I need to have some wins under my belt. These losses even though losing are terrible, I had so much fun. Both of those fights were so much fun. I never thought of leaving.

“I would like to sign a contract extension with them. I just plan to continue with that. I think it’s the most brutal and raw form of fighting and I want to be part of the show long term.

As for his future in professional wrestling, VanZant has just begun training under David Heath, whom many longtime fans will recognize as Gangrel from his momentous run with World Wrestling Entertainment.

Commitment to pro wrestling isn’t easy, but VanZant knows AEW will give her the time she needs to grow as her deal with them wasn’t just for TV.

“It’s a long term partnership for sure [with AEW]”, VanZant said. “It’s not something I do it for, I guess, to check my to-do list, just to say I did it. I want to be on their show. really. I love what AEW does.

“I had been to a few shows and I was like, this is cool. This is amazing. [American Top Team owner] Dan Lambert had me come over just to check it out and I was like it was really cool. Then I had to jump in there and get her back on some things and I was like I was supposed to be a part of that. It didn’t take long for us to convince AEW that I should be on their team.

VanZant fell in love with the wrestling world fairly quickly while appreciating that both AEW and BKFC have her best interests at heart.

“I have spoken with AEW and BKFC and they are ready to work together to ensure I have a successful career and really allow me to focus on each individual task at hand,” VanZant said.

“So I’ll probably have my match for pro wrestling and then I’ll also be in bare knuckle boxing this year.”