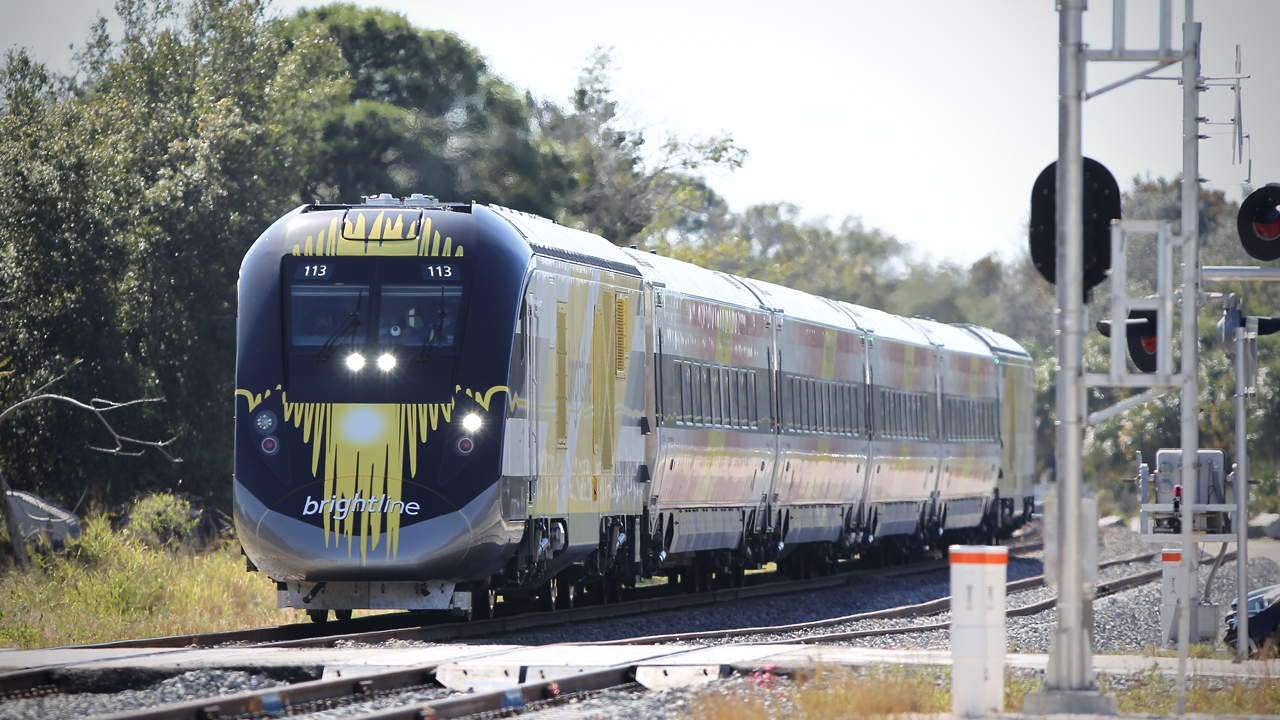 Trains are now expected to start running on the new line in 2023.

Brightline, Fla., began operating test trains on a 130-mile section of line between West Palm Beach and Cocoa on Jan. 18 as work continues ahead of the introduction of services on the full 235 route. miles Miami-Orlando.

One round trip should operate every day this year. Known as qualifying trains, these are federally approved non-passenger services that allow engineers and conductors to learn the route of the new line.

Trains are currently only allowed to run at a maximum speed of 60mph, like freight trains.

Brightline says construction of its 170-mile Orlando extension is more than 70% complete, with more than 1,300 people employed on the project. The operator expects to reach substantial completion of the extension by the end of the year, with services now starting in early 2023 rather than late 2022 as hoped.

Brightline has ordered five new trains from Siemens Mobility for the new route, with the first being delivered from the manufacturer’s factory in Sacramento in October. The push-pull trains are formed by four cars and two 3 MW Charger SBC-40 diesel-electric locomotives at each end. All five will be delivered this summer and will initially be used on the existing 67-mile Miami-West Palm Beach Brightline service.

Milestone for Alstom in Montreal

“More than a wishlist”

The all-new 2023 Ford Mustang spied in the United States