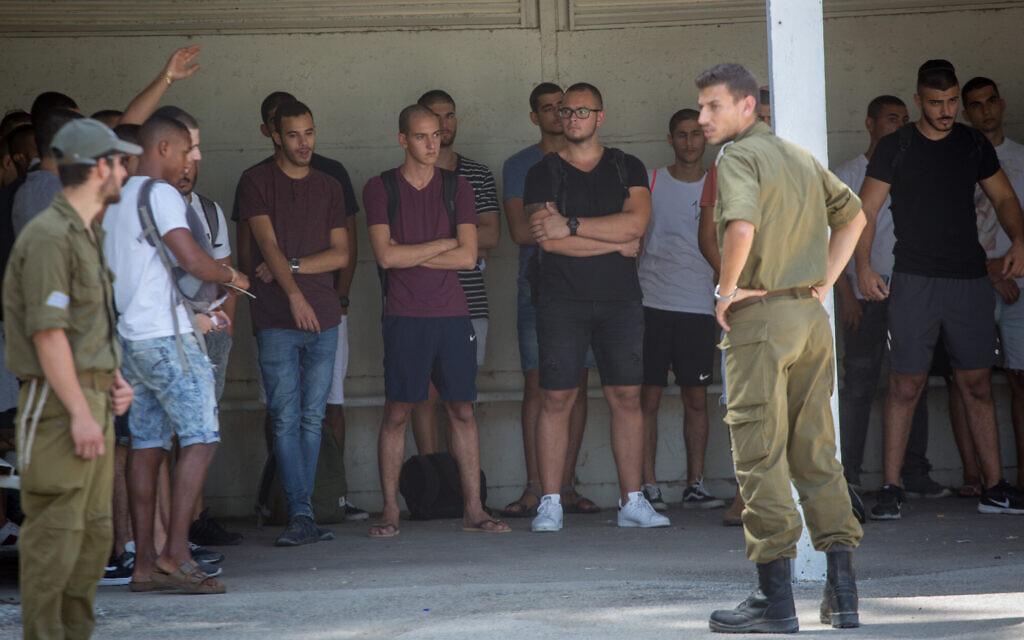 The IDF will abandon its decades-old recruit placement system in favor of a broader assessment method, the military said on Wednesday.

The current system used to place soldiers in different positions in the army is based on what is called a “Quality Group” score, better known by its Hebrew acronym Kaba, which is based on three parameters: the number of years taken in school, an intelligence test known as an “initial psychotechnical classification” and a personal interview.

These are normally determined during a pre-project assessment, known in Hebrew as Tzav Rishon.

The new model would include at least double the number of parameters, taking into account elements such as resilience, skills and talents, managerial abilities and adaptability of the recruit. Using these additional factors, the military hopes to find better-suited locations for the soldiers to maximize their effectiveness and reduce the number of troops leaving their units.

Using advanced Big Data algorithms, the military will profile good candidates for different units. And the new multidimensional score will then be judged based on the needs of those particular units. Thus, a recruit may have a high suitability score in terms of armored corps, while achieving a low suitability score for the navy, and vice versa.

By registering, you accept the conditions

The initial Psychotechnical Ranking Test will also be revised to include additional factors and – more dramatically – will be translated into a number of different languages. Until now, soldiers who did not speak Hebrew before enlisting in the IDF had completed a visual non-verbal version of the test.

The new test is intended to overcome cultural differences between groups in Israeli society, which in the past have been shown to result in biased scores.

Other parts of Tzav Rishon would also be conducted online to make the process easier for those living outside central Israel.

For the sake of transparency, the scores of recruits will be posted online, according to the army.

The changes will not be implemented immediately, but will be rolled out in the years to come.

The climate crisis and responsible journalism

As an environmental reporter for The Times of Israel, I try to convey the facts and science behind climate change and environmental degradation, explain – and criticize – official policies affecting our future, and describe the Israeli technologies that can be part of the solution.

I am passionate about the natural world and disheartened by the dismal lack of awareness of environmental issues among most of the public and politicians in Israel.

I am proud to do my part to keep The Times of Israel readers properly informed on this vital topic – which can and must lead to policy change.

Your support, by joining The Times of Israel community, allows us to continue our important work. Would you like to join our community today?

Join the Times of Israel community

Already a member? Log in to stop seeing this

Are you serious. We appreciate this!

We are really glad you read X Times of Israel Articles in the past month.

That’s why we come to work every day – to provide discerning readers like you with must-see coverage of Israel and the Jewish world.

So now we have a request. Unlike other media, we have not set up a paywall. But since the journalism we do is expensive, we invite readers for whom The Times of Israel has become important to help support our work by joining The Times of Israel community.

For as little as $ 6 per month, you can help support our quality journalism while benefiting from The Times of Israel WITHOUT ADVERTISING, as well as access to exclusive content reserved for members of the Times of Israel community.

Already a member? Log in to stop seeing this