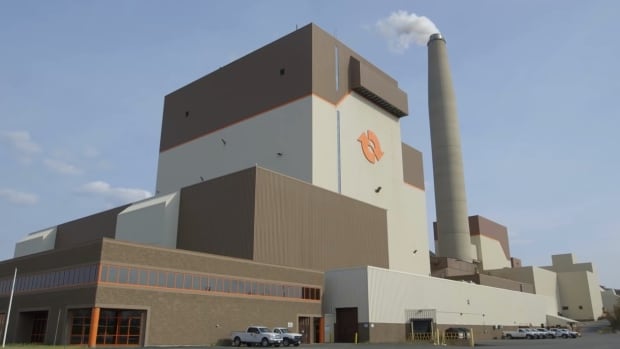 No extension after 2030 for the Belledune coal plant, according to Ottawa

NB Power’s Belledune Generating Station will not be allowed to burn coal after 2030, a spokesperson for Federal Environment and Climate Change Minister Steven Guilbeault said.

Ottawa will not sign the so-called “equivalency deal” the Higgs government hopes to reach to let the plant run on coal for another decade, the spokesperson said.

“I can confirm that the Government of Canada is committed to phasing out coal-fired power plants by 2030 across the country, including New Brunswick,” Joanna Sivasankaran said in an email to CBC News.

“The minister will not sign an equivalency agreement that will extend beyond 2030.”

â€œWe have been clear with the Government of New Brunswick,â€ says Dominic LeBlanc

Dominic LeBlanc says the federal government has been clear about phasing out coal at NB Power’s Belledune Generating Station. 0:14

The decision actually only gives the province and NB Power eight years to find an alternative fuel source or shut down the plant on New Brunswick’s north shore. More than 100 people work there.

Belledune released more than 2.5 million tonnes of greenhouse gases into the atmosphere in 2019, making it the second largest emitter in the province after the Irving Oil refinery. In 2018, Belledune’s emissions were higher than those of the refinery.

The Conservation Council of New Brunswick welcomed the decision.

“We must phase out the use of fossil fuels which generate heat-trapping gases when burned, to keep people and communities safe.”

She called on the province and NB Power to help plant workers retire or retrain for new renewable energy jobs.

NB Power said in a statement that it will “continue to explore options and discuss the future of Belledune” with the government.

And New Brunswick Environment and Climate Change Minister Gary Crossman said in a statement the move came as no surprise.

New Brunswick Environment and Climate Change Minister Gary Crossman did not speak to reporters in the Legislature Thursday morning.

On Tuesday, Crossman said Belledune briefly intervened during his first virtual meeting with Guilbeault on November 19.

â€œWe asked about flexibility and look forward to the next meeting, hopefully in the near future,â€ Crossman said. â€œNew Brunswick is a small province and we are doing our best to move forward.

The youngest power plant in the province, Belledune began operating in 1993 and its design allows it to continue until 2040.

But as part of the federal government’s climate plan, coal-fired power generation is to be phased out a decade before that, in 2030.

New Brunswick has requested an “equivalency agreement” to allow the plant to reduce its annual production and operate until 2040 by spreading the same volume of emissions over a longer period.

NB Power says this would allow it to avoid the costs of building a new natural gas-fired plant to compensate for lost power generation.

In July, then Federal Environment and Climate Change Minister Jonathan Wilkinson told CBC News he was open to the idea.

â€œI certainly understand the point of view of the Province of New Brunswick.

But at the COP26 climate change conference in Glasgow this month, Guilbeault, who replaced Wilkinson after the September election, reiterated Ottawa’s plan for a complete coal phase-out by 2030.

Liberal MPs representing the Belledune region said they supported Guilbeault’s decision, but wanted the province to act quickly to find another source of fuel for the plant.

“We agree with that [decision]”said Daniel Guitard, whose riding of Restigouche-Chaleur includes the plant.” That is not the question. We have to replace the coal with another product. ”

He said if NB Power is willing to buy the Bayside natural gas plant in Saint John in 2019 and renovate it, the utility should be prepared to do the same for Belledune.

â€œWe have a government that does not want to invest in the North at all,â€ Guitard said.

While pursuing the equivalency agreement, NB Power and the province also considered other options for Belledune, including the use of unproven hydrogen power technology from a Florida startup. This idea did not go anywhere.

Another shot reportedly saw an iron processing plant built near the power plant, its gaseous by-product becoming a new source of fuel.

But the project would have increased overall greenhouse gas emissions in the province and NB Power ultimately decided it was too costly.

Natural Resources and Energy Development Minister Mike Holland said the cost of a natural gas plant to replace Belledune could be too high given it would also emit greenhouse gases, which the province is targeting. To reduce.

“We are talking about nine digits. This is billions of dollars in infrastructure investment for what could be seen as a transitional solution to the problem.”

Holland said small modular nuclear reactors could replace lost power generation at Belledune. The province is funding two companies researching the technology, which the minister says could be ready in time by 2030.

He said there were no quick fixes to replacing coal and that the province was considering several options, including solar power pilot projects.

â€œWe need to turn on the lights in the province of New Brunswick,â€ he said.

In its statement, NB Power said 80 percent of its electricity generation is emission-free and that it hopes to process the rest “in a way that is economical for our taxpayers.”

Crossman’s statement said securing new sources of energy “will require financial support from the federal government to ensure New Brunswickers have access to clean energy and are not burdened with significantly higher energy prices.”

Measure the most important sector of the universe