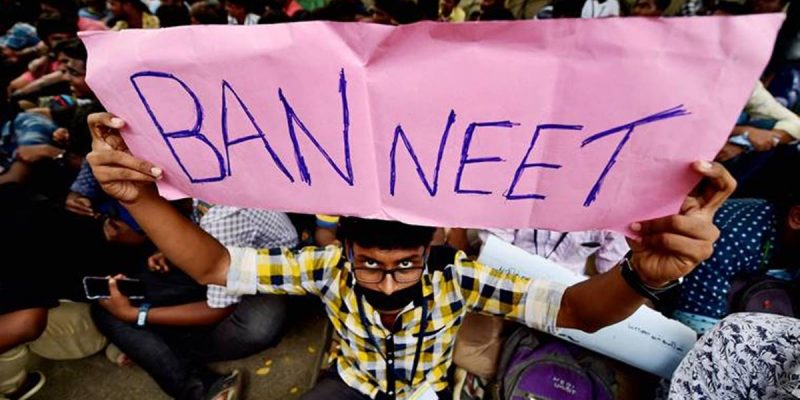 In the last week alone, three students committed suicide in Tamil Nadu, allegedly because of the pressure they were under from NEET.

Tamil Nadu passed a bill on Monday that attempts to bypass NEETs and instead allows medical admissions to state colleges on the basis of grades obtained in class XII or above two.

Introducing the bill to admit Tamil Nadu to undergraduate medical courses to the assembly, Chief Minister of Tamil Nadu MP Stalin said the law would “write the history of social justice “. The DMK government in June formed a high-level committee headed by retired Madras High Court judge AK Rajan to study the impact of NEETs. The committee’s report was staunchly against NEET.

This bill, according to the Indian Express, was based on the committee report. The panel found that the proportion of rural students in medical schools increased from an average of 61.45% (pre-NEET) to 50.81% (post-NEET).

Meanwhile, the share of students from an English-speaking school increased from 85.12% before to 98.01% after NEET.

NEET has been a politically sensitive issue in the state for many years. The suicide death of Anita, a 17-year-old girl from a Dalit family, in 2017 sparked widespread protests across the state. She had achieved high marks in Class XII, but was unable to clear NEET.