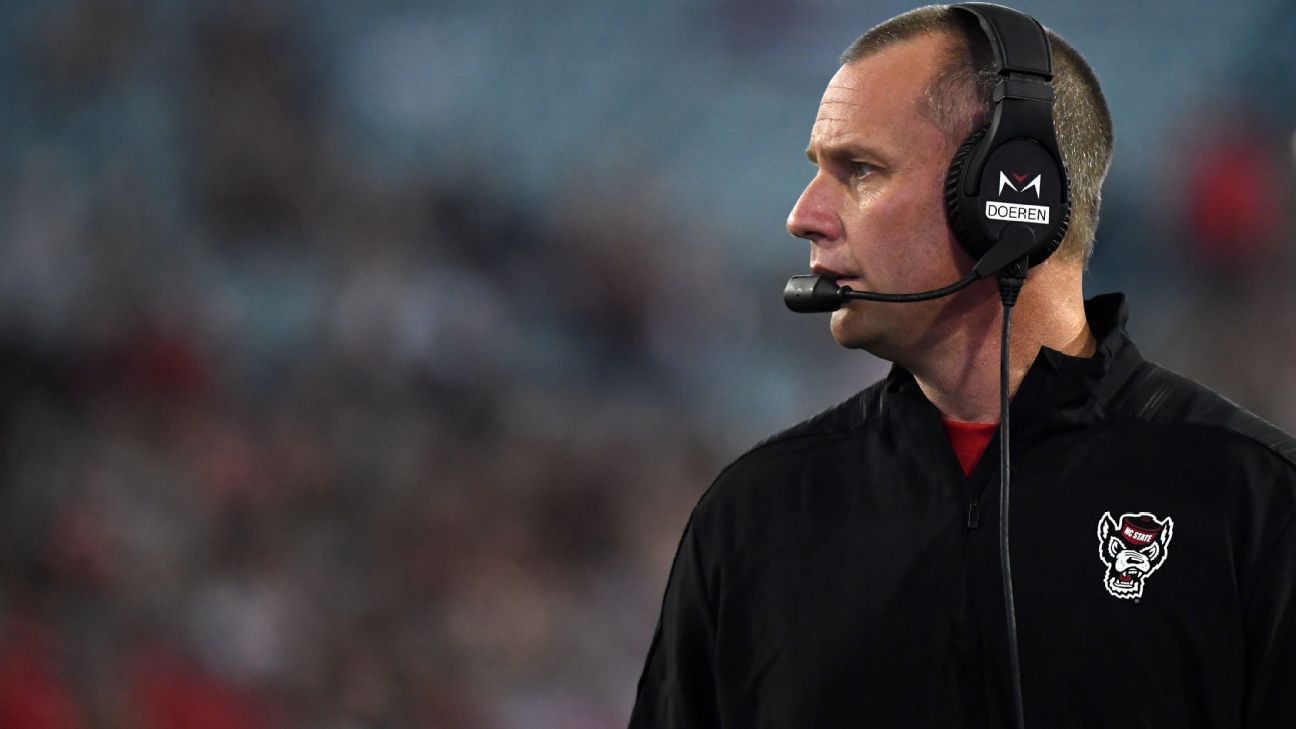 “I really like what Dave did at the start of his 10th year here and how he developed the program,” Corrigan said. “I would be really happy to have him here for a long time.”

Corrigan declined to discuss the terms of the ongoing negotiations, but the raise should put Doeren in the $5 million per year range and in the top half of ACC coaching. The current deal runs through 2025 and pays Doeren $3.5 million a year.

“You look at the whole market, of all the coaches and where the salaries have gone,” Corrigan said. “We want Dave here, and those talks are things we have.”

Doeren is the second-longest-serving coach in the ACC behind Clemson’s Dabo Swinney and the eighth-longest among Power 5 coaches.

“If you look at the programs that have been consistently good, there’s pretty consistent leadership, and I think that’s really important,” Corrigan said. “Dave has been able to build a really good staff and keep them, which further amplifies the work he’s done and the need to keep him here.”

NC State finished 9-3 last season, although the Wolfpack counts it as a 10-win season in its record books after UCLA pulled out of the Holiday Bowl hours before kickoff.

The Wolfpack return nearly all of their starters on offense and defense and are considered a preseason favorite to win the ACC.