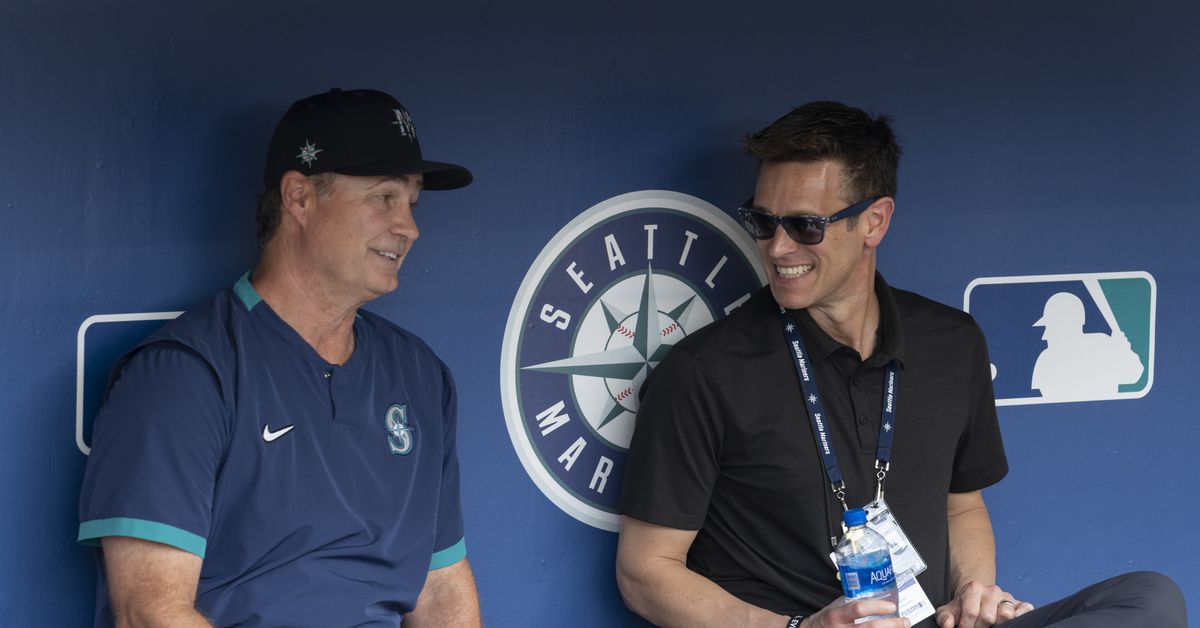 It’s rare that Lookout Landing’s staff, as large and diverse as it is, to agree on anything, so it’s no small feat that all staff agree: Jerry Dipoto is expected to be extended by the Mariners. Where we differ is in the fervor with which we confess this statement, our reasoning behind it, as well as the exact terms of said extension (including the extension or otherwise of other members of the Dipoto regime). Here, we dig a little deeper into each staff member’s thinking on the matter, but we all agree on two things: The Mariners should extend Jerry Dipoto, and they should do it now.

The Mariners and Dipoto are in an interesting position. There is hardly any scenario where Jerry Dipoto would agree to a one-year extension. For the two sides to reunite, Dipoto will need to be offered at least one extension until 2023. But the biggest issue here is the payroll. If I am Dipoto, I simply will not accept an extension without the guarantee from John Stanton & Co. ™ that the payroll will increase. He has worked too hard on this rebuild to allow a crumbling budget to derail his goals. Ultimately, if I am Stanton, I give the extension to Dipoto, but you shouldn’t assume that he would accept this extension without reading the fine print.

I found Jerry Dipoto’s personal choices and communication disappointing. It has hardly helped that few in the sport seem to talk affectionately or positively about the M’s GM interpersonally, and the gap between what the Mariners present themselves as – forward-thinking, sanity-minded, transparent – and what their players said sometimes hits a frustrating dissonant chord. Even Kendall Graveman’s recent predicament is apparently almost entirely preventable by having a difficult conversation with the clubhouse, which many top bosses are willing to do with their employees. I want more from Dipoto because I think he and his front office are leaving improvements on the table by doing less.

Having said that, I think the organization is on the right track overall, and further than it would be with an average (or brand new) FO and a player development group in place. Let this group spend and spend big; ownership, step aside and watch this organization with one of the worst reputations and legacy of success in all sports win back the goodwill of the fans. I promise you’ll make some money with that too, John.

In just 3.5 years, without completely hitting rock bottom, Jerry Dipoto has replenished the Mariners farm from worst to first (at least according to Baseball America). Now, it’s fair to point out that when BA ranked the Mariners last, the front office members admitted that they didn’t pay too much attention to the rankings, and I imagine the tune has changed recently. But I’m still impressed with Dipoto’s writing (and Scott Hunter’s writing, of course), which always turned first-round picks into Top 100 prospects with a significant amount of helium. Doing it without matching the depths of the Orioles is also impressive.

That said: Lead rankings don’t win matches. You have to turn those players into MLB results. Letting Dipoto and Scott Servais go now only makes sense if you have a hardware upgrade pending – think Joe Maddon replacing Brad Ausmus in LA. I have a deal with Theo Epstein, I prefer to keep the continuity and let Dipoto’s plan succeed or fail.

Length of extension: 3 years, regardless of how much millions of dollars GM earns

Like the man himself, Dipoto’s tenure was not without flaws, some of which were more painful to cover up than others (Dr. Martin’s debacle continues to leave me with a bitter taste in my mouth at this. day). But the fact remains that Dipoto did what Mariners property asked him to do, and more. He took a team of all-stars and scrubs with a few high salaries and tried, and almost succeeded, to make contenders out of them, handing out pieces of a poor farming system to try and make the big league club stronger. and coming a patented A’s-Devil-Magic ™ game far from getting there; then, when the Mariners were finally ready to bite the bullet and rebuild, he took advantage of an inexperienced GM to get rid of one of those high salaries in exchange for a top-notch prospect, who in turn has become a key part of moving the Ransacked Mariners system out of the farm cellar and into the attic. Now he’s built a fringe team ahead of the schedule with savvy trades, prospects starting to pay off through this revamped system, and put players in a position to be successful with good hires from staff like Perry Hill (including some that go under the radar, like famous pitching coach Rob Marcello’s promotion from High-A to Triple-A). Dipoto deserves the opportunity to see this wave of highly regarded prospects up to the majors, the intersection of the parts of the team he delegates (recruitment, international signings and draft) and those he is more involved in the acquisition and development (and, to be frank, marketing).

I understand that Scott Servais, our stern Midwestern dad, isn’t everyone’s cup of tea but stories about him doing things like traveling to the Dominican Republic to connect with players in their hometown or being ready to have Edwin Diaz’s haircut suggest to me that there is a lot about Servais we don’t see below the surface. Plus, I’ll be a surprisingly unpopular voice here and say I extend Andy McKay first and foremost. Speaking from an educator’s perspective, I see how, from the outside, her use of memes makes an aunt on Facebook cringe, but that’s literally how you need to be as a development person. Your job is to create a safe space where people feel encouraged to take risks as learners in order to move forward, and the way to facilitate this is to create an environment where it is normal to be. vulnerable, and being a massive, serious cornball is the most direct path to that. The Mariners have all kinds of great tech and analytics, but it all means nothing if players aren’t willing to take the risk of buying to change something and making their careers their own, and that. is the environment that McKay fosters. All credit to the Mariners’ farming system does not belong to Dipoto – except for his restraint exercised not to trade parts of it – but to the scouts who advocated for the acquisition of these players, and to the coaches (remarkably diverse ) developing these players, all under the leadership of McKay. Extend them all.

Extend the other members of the front office: Yes on Servais, No on Andy McKay

I’m not a huge fan of any talk that says Dipoto “deserves” to see the rebuilding through. A lot of people deserve a lot of things, and it’s not the kind of thinking that should lead to drastic organizational decisions. Having said that, I agree with Kate on just about every point. I think Dipoto did a fantastic job with what he was given. As for Joe, I’m sadly not convinced that the team will actually provide Dipoto with the resources to get the team over the hump, but if they do, I think that’s it. quite capable of bringing this team to the playoffs.

Servais was equally fantastic. When it comes to performance, if you think a manager is somehow responsible for any gap between talent and performance, the 2021 Mariners have outperformed their talent and more. When it comes to clubhouse culture, we can only start from what we see. What we’ve seen this summer, time and time again, have been positive interactions on the pitch between Scott and the players. The younger ones seem to really like it. Andy McKay is just that guy you knew in college who got really into yoga and Tony Robbins and can’t stop posting on social media. I’m not a huge fan, but it sounds harmless. The blow for the Mariners has always been the development of their players (see: all failed hopes except Félix Hernández and Kyle Seager between 2001 and 2015), and it seems that has improved. I mean, the Mariners have the best farming system in baseball. I don’t know what else you would ask of your player development manager, other than to stop posting.

Extension conditions: 2 years and an option?

Extend the other members of the front office: Of course Scott for consistency with young people, not Andy McKay because I find his motivational memes and general philosophy obnoxious.

I wouldn’t say I’m Pro Dipoto (sorry, there has never been any chance of getting back penny stocks), even more anti-organizational overhaul … yet.

Let the man finish. And give it the green light to really shake things up.

My take is that the role of manager matters very little in modern baseball – especially AL baseball. Servais can stay for consistency, but I wouldn’t be sorry if they invested in one of those giant grocery store robots and used the savings on another pen arm. Get McKay and his toxic grind productivity mindset out of here.