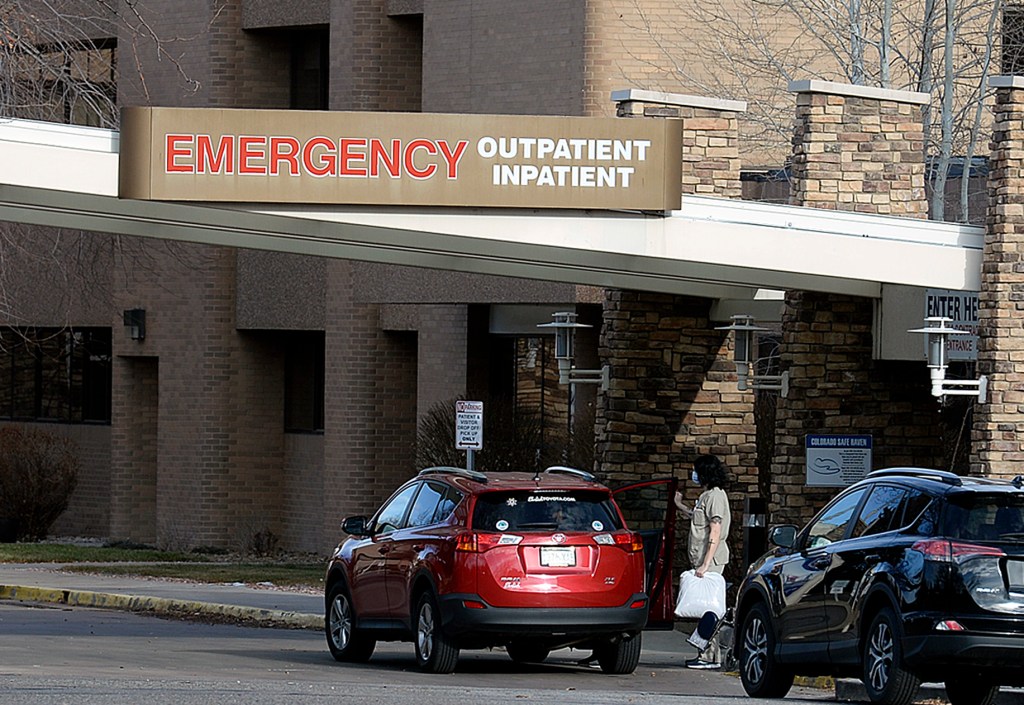 If previous waves of COVID-19 in Colorado were a sprint, the current “high plateau” the state is experiencing is like trying to run a marathon almost to a full sprint, Larimer County hospital leaders said.

This week, Larimer became the second county along the Front Range to reestablish a indoor mask mandate with the aim of reducing the load on hospitals whose intensive care units were already full. Boulder County had reinstated its mandate in Beginning of September.

Larimer County Public Health Director Tom Gonzales briefed members of Loveland City Council on Tuesday, telling them he hoped the era of mask warrants was over, but with hospitals of equal or equal capacity. Higher for at least six weeks and the pace of new vaccinations slowing to less than 100 a day, the county was running out of options.

County hospitals are placing two patients in intensive care rooms designed for one, and less critically ill patients wait in emergency rooms for beds to open somewhere, he said.

“What I saw (visit in September) is what I saw in December,” he said.

About 16% of those currently hospitalized in Colorado are residents of Larimer or Weld counties, although only 12% of the population live there, state epidemiologist Dr Rachel Herlihy said Thursday.

Hospital capacity is particularly tight in northern Colorado, but it’s a growing problem statewide, with COVID-19-related hospitalizations increasing since late July. This week, they hit a level – 1,132 confirmed patients – not seen since Christmas, as only 120 intensive care beds were available statewide. Almost 80% of COVID-19 patients in Colorado hospitals are unvaccinated.

In some ways, the situation is worse than it was in December, said Dr Steven Loecke, chief medical officer of Banner Health. Hospitalizations have increased and decreased rapidly in previous waves, as the current “high plateau” has lasted for weeks. Heads of the nursing team meet four times a day to try to find beds for everyone and staff to look after them, he said.

“It’s a three-dimensional chess game, all day, every day,” he said.

Frontline staff are tired and emotionally depleted so far in the pandemic, especially now that so many of their patients are people young enough to have children at home, said Margo Karsten, CEO of the northern Colorado region of Banner Health, which includes Banner Fort Collins Medical Center. and McKee Medical Center in Loveland.

Hospital executives are also exhausted from handling a long raise, she said.

“In the past nine weeks, none of them (the leaders in nursing and medical care) have had a full night’s sleep,” she said. “They are on call, 24 hours a day, 7 days a week, to manage the pandemic. “

Despite the perception that Colorado hospitals are overrun with out-of-state transfers, this is not the case, Karsten said. The vast majority of patients at Larimer County hospitals are from northern Colorado, with patients transferred to single digits, she said at the board meeting on Tuesday.

COVID “just part of the story”

Kevin Unger, president and CEO of Poudre Valley Hospital and UCHealth Rockies Medical Center, said both hospitals have postponed elective surgeries for the past nine weeks because they have no intensive care beds available if a patient needs them for a period of time. to recover. The average non-COVID patient stays in the hospital for about three days, while COVID-19 patients who do not need intensive care stay five to six days. The sickest COVID-19 patients can stay for 25 days or more, he said.

“This is where we start to get into trouble,” he said. “We cannot return these beds.

Unger said COVID-19 patients use about half of the intensive care beds at UCHealth’s northern Colorado hospitals, which is a problem because hospitals must also treat people who have had accidents, seizures heart disease or severe cases of another virus.

“The COVID volume is only part of the story,” he said.

“We’ve been there since August,” she said. “We are full everywhere.

UCHealth hospitals have started to use a ‘team’ approach, where nurses without intensive care training work under the direction of a specialist nurse, helping with routine tasks such as catheter management and patient repositioning. prevent bedsores, Breyer said. They had done this to expand the staff in previous increases, she said.

This wave has been particularly difficult for staff, both because it lasted for two months and because the general public does not seem to understand how serious the situation is, Breyer said.

People who need care should always come to the hospital, Breyer said, but it’s important to reduce the number of people who need care for easily preventable illnesses, like COVID-19 and the flu. Hospitals are doing everything they can to recruit staff and maximize the space available, but there are limits, she said.

“We are running out of levers to pull,” she said.

Gonzales had recommended residents wear masks indoors in mid-August. On October 9, he issued a statement “Imploring” residents to take precautions like getting vaccinated and wearing masks in public to protect hospitals, indicating the upcoming flu season. In a typical year, about 200 people are hospitalized with influenza in Larimer County during the entire season, which spans from early October to late April.

Loecke called on everyone who hasn’t received the COVID-19 and flu shots to do so soon, and everyone to wear masks in public. It’s also important for people to stay home when they experience cold symptoms, even though they may have decided to resist in the past, he said.

“Now when you come to school or go to work sick, you have a big impact on other people,” he said.