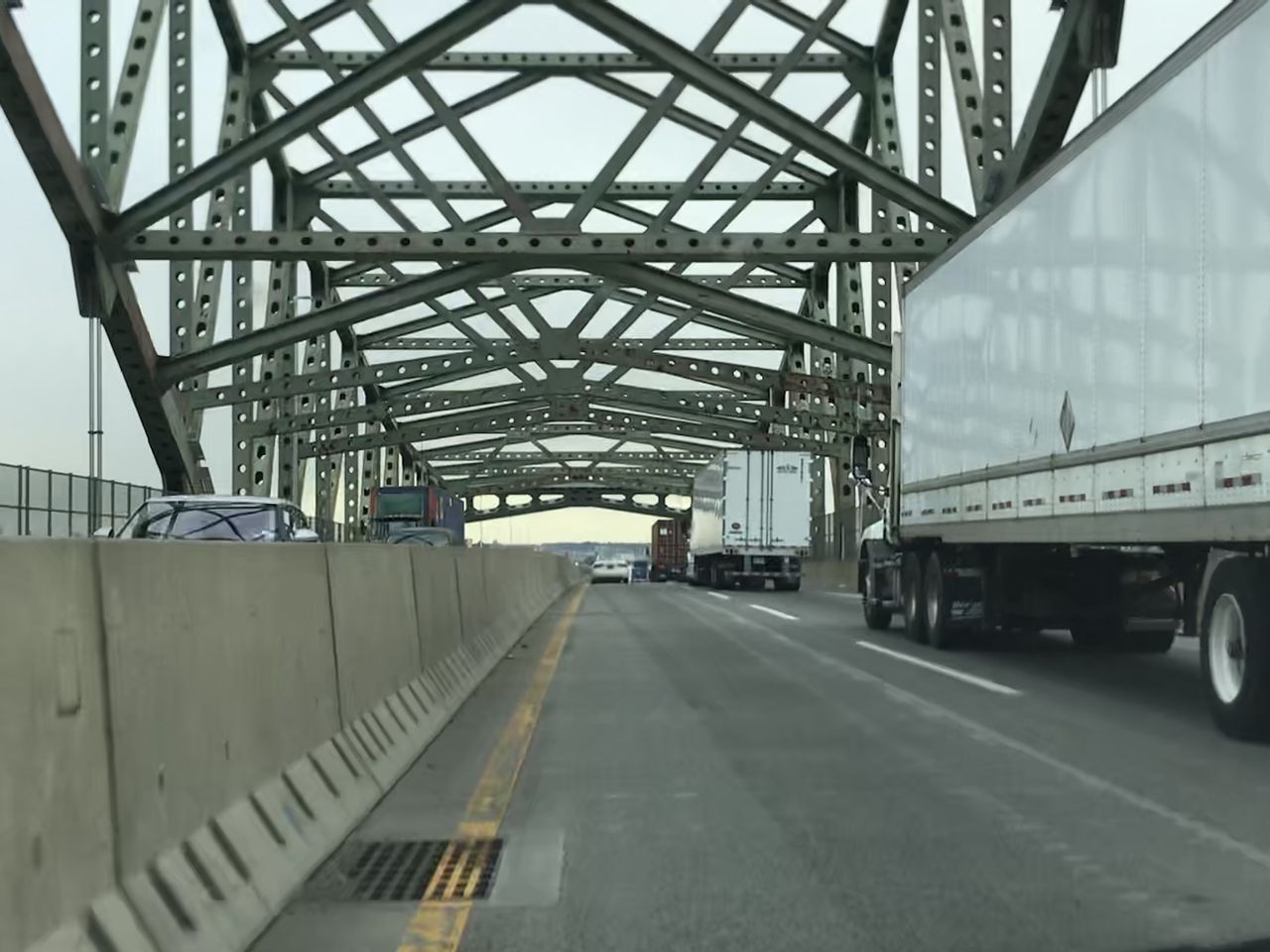 Opponents of a $4.7 billion plan to replace the aging Newark Bay Bridge and add lanes to the Hudson County Turnpike Extension in New Jersey have told officials that repairing and rehabilitating the roadway would be a better option than adding lanes.

New Jersey Turnpike Authority commissioners heard from 17 people who opposed the widening plan and urged them to “pause” the project during an hour-long public session Tuesday at the commissioners’ regular meeting. One person spoke in favor of the project.

Even some who drive the 8.1-mile freeway through Bayonne and Jersey City said they support repairing the extension and replacing the bridge, but oppose widening because of the extra traffic it will take. it would encourage and the air pollution it would generate.

“I’m very supportive of any necessary repairs, but I encourage the council to make wise long-term investments…we need to look at the big picture,” said Jersey City’s Kevin Bing, who said that he was driving. the extension to and from his work in Belleville.

Bing echoed the concerns of others who spoke before him that studies have shown other freeway projects that have added ‘demand-inducing’ lanes and that those lanes are filled with traffic. . He and others also cited Gov. Phil Murphy’s goals to reduce greenhouse gases by 2030 and said this project would increase air pollution.

The proposed $4.7 billion project would widen the roadway and replace the elevated structures of the Turnpike Extension in three phases. The first would widen the extension to four lanes in both directions with shoulders between Turnpike exit 14 in Newark and 14A in Bayonne. This includes replacing the Newark Bay Bridge, which has two lanes in each direction.

The second phase replaces the two-lane freeway and bridges with a two-way three-lane road, plus shoulders, between exit 14A in Bayonne and the Columbus Drive exit in Jersey City. The third phase replaces the elevated structures from Columbus Drive to Jersey Avenue that fly over downtown Jersey City, which will retain the current two lanes in each direction and include standard-size shoulders.

This aspect concerned opponents, who said it would create a bottleneck and encourage drivers to avoid traffic jams by using local streets.

“Jersey City and Bayonne need bigger extension like a hole in the head,” said David Pringle, state director of Clean Water Action. “There is a lag between fixing it first and capacity increases that will lead to more pollution, more traffic jams and bottlenecks, even if the goal is to reduce traffic jams.”

The Turnpike Extension was built in 1956 with two lanes in each direction and nearly 80% of the extension is on elevated structures, which were built in the mid-1950s and are “nearing the end of their service life. life,” officials said. But Bing also said he fears more traffic will pass through Jersey City and Bayonne.

“We support any work to replace and strengthen our freeway, but we are very concerned about the increased traffic volume to Jersey City and surrounding communities,” said James Lee, an organizer for Jersey City Safe Streets.

Noting that two high schools and an elementary school in Jersey City are located next to the Turnpike Extension, Lee cited high asthma rates among children in the city. A 2014 state health department study said Jersey City exceeded the state average for people visiting the emergency room for asthma treatment.

Even a Monmouth County driver said he avoided driving in New York on the extension and opposed the expansion.

“I frequently use the Garden State Parkway and Turnpike and find them very useful,” said Ted Lee. “If you need to replace the bridges, go ahead and do it. I can’t agree with a huge widened freeway.

Lee joined other opponents who favored using expanded funds on options that move more people, such as bus lanes to and from the Holland Tunnel, bus rapid transit and others. public transport options. Some have argued that Hudson County has too dense a population level to accommodate additional freeway lanes.

“I urge you not to spend $4.7 billion, but to figure out how to move people, not cars,” said Chris Adair, president of Bike Hoboken. “We have an XBL (Xclusive bus lane) for the Lincoln Tunnel, why don’t we have one for Holland. I urge you to take a break from the project.

Others have called the expansion plan an outdated 20th century solution that fails to address 21st century issues such as climate change and undermines efforts to make Jersey City less dependent on cars.

“It’s from 1955 and it’s 2022,” said Tony Borelli, vice president of Bike Jc, which backed repairs, not expansion. “We have to go back to the drawing board on this. It does not work. Lawyers and our very own mayor (Steven) Fulop have been working for years to make this area less car dependent. This project undermines everything we try to do and want to do.

Some opponents questioned the public education process and called for additional traffic and environmental studies.

“The process that some of the callers were asking for is exactly what is happening right now,” said Tom Feeney, a spokesman for Turnpike Authority. “Public hearings will be scheduled after these studies have been completed and the documents made available.”

Barry Kushner, president of a Hudson County union, supported the project, particularly the replacement of the bridge, both as a person working on the turnpike and as a resident of the county.

“I think this plan is reasonable and necessary to make our roads safer,” said Kushner, who said he was plowing the Turnpike extension. “I’ve been subjected to countless traffic delays, witnessed hundreds of accidents, and even had to endure the near-catastrophic failure of a support column holding the structure in place.”

Our journalism needs your support. Please subscribe today to NJ.com.

Larry Higgs can be reached at [email protected].

What to know before borrowing