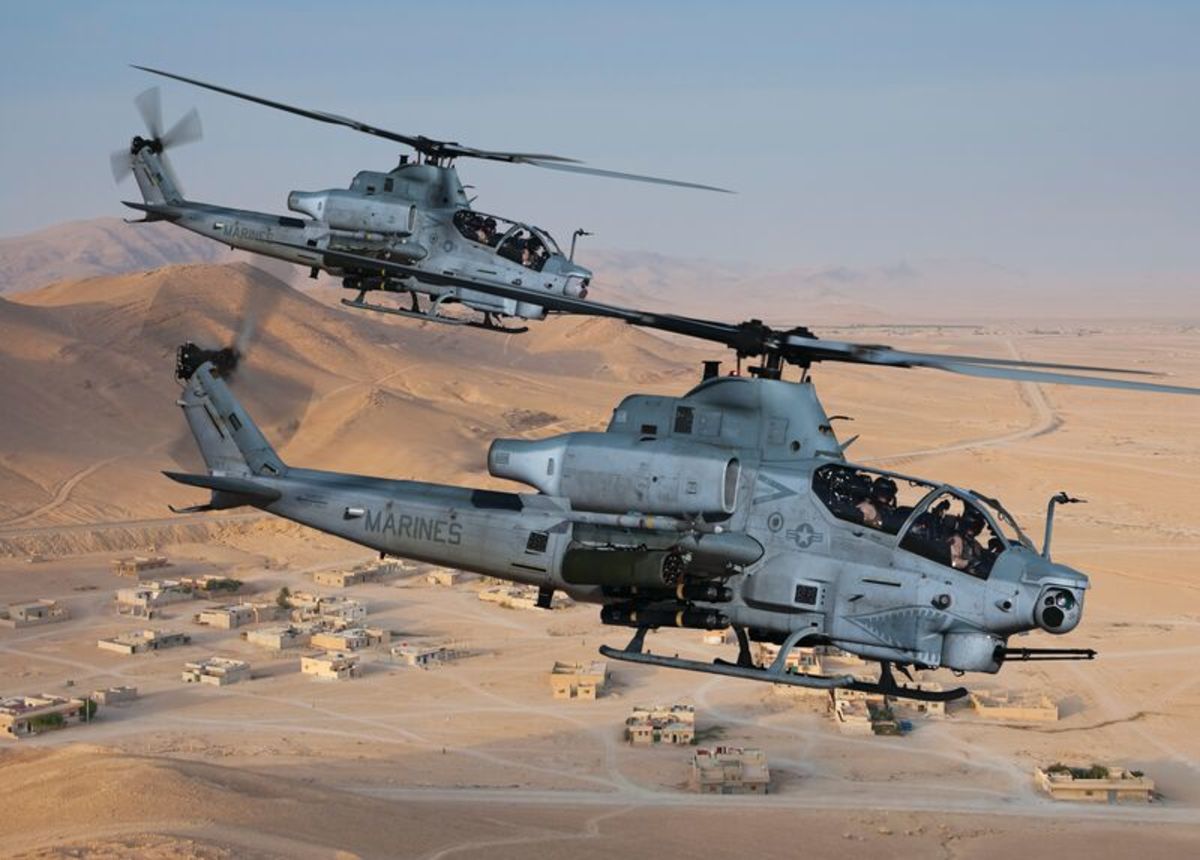 Video above of the F-35s to Europe

“Ultimately, the data collected is analyzed to determine the overall effectiveness of the system and to refine tactics, techniques and procedures for using this weapon in expeditionary forward base operations, such as strike and strike operations. close air support,” the Corps report explained.

In development for many years, the JAGM Hellfire replacement weapon is built with advanced high-tech seeker technology enabling multiple targeting methods on a single weapon, to include semi-active laser targeting, RF guidance and sensors millimeter wave all the time.

The concept behind JAGM is to employ an air-launched attack weapon capable of destroying enemy tanks and other moving armored vehicles through laser painting or “spotting” moving targets or destroying them despite poor visibility due to bad weather with millimeter wave targeting. This versatility can give helicopter crews the ability to hit targets in a wide range of operational scenarios while being able to stay “on station” and track targets.

A single weapon capable of relying on multiple targeting and guidance systems reduces redundancy and allows helicopter crews to multiply attack options with fewer missiles. This increases efficiency, reduces logistical footprint, and provides new tactics for attack helicopters to strike ocean, land, and air targets with customizable guidance system types based on the needs of a given mission.

This land target assessment comes just after the Corps tested the JAGM on maritime targets in November 2021 at Eglin Air Force Base, Florida.

It would make sense for the Corps to view the JAGM as a versatile, multi-domain weapon, given the many uses and adaptations of the Hellfire missile. The Hellfire attacks air-to-air targets, air-to-ground targets over the ocean, and both stationary and moving air-to-ground targets. Beyond that, the Hellfire missile has been fired by the military from the ground at enemy helicopters from mobile launchers and even arms army Stryker vehicles to provide close-range air defense against drones, enemy helicopters and fixed-wing targets.

Extending beyond the land domain, the Hellfire missile is now also fired from the deck of the Littoral Combat ship to improve surface lethality. All of this suggests that, just as the multi-domain tests indicate, the Corps intends its new JAGM to operate in a wide range of operational combat settings.

Kris Osborn is defense editor for the National Interest and president of Warrior Maven – the Center for Military Modernization. Osborn previously served at the Pentagon as a highly trained expert with the Office of the Assistant Secretary of the Army – Acquisition, Logistics & Technology. Osborn also worked as an on-air military anchor and specialist on national television networks. He has appeared as a guest military pundit on Fox News, MSNBC, The Military Channel, and The History Channel. He also holds an MA in Comparative Literature from Columbia University.