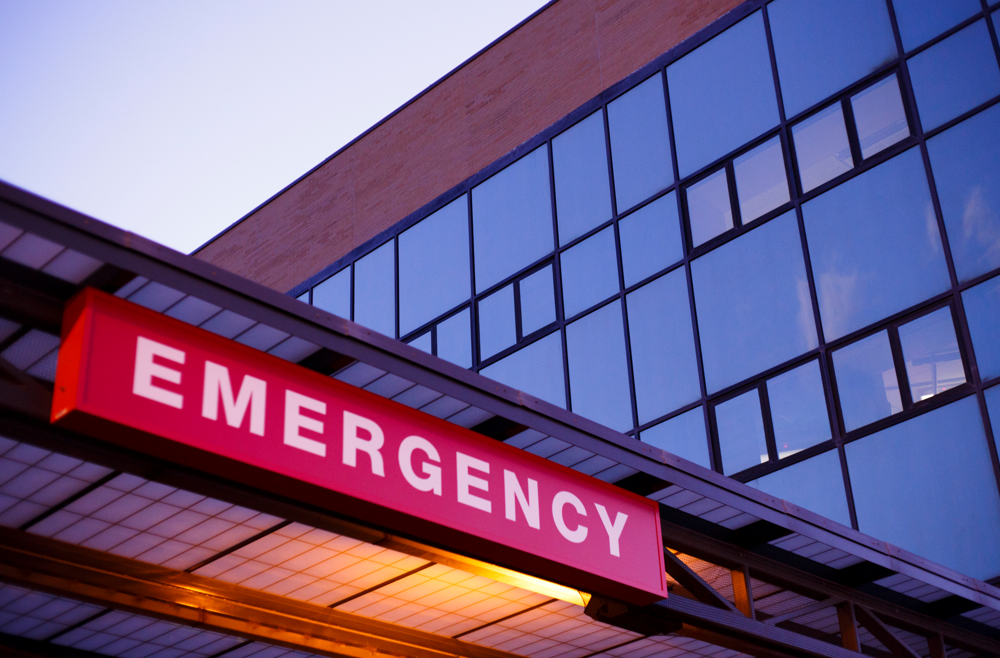 PHILADELPHIA — Black patients presenting to emergency departments (EDs) across the country with psychiatric problems are 63% more likely to be chemically sedated than their white counterparts. But the researchers also found that, in hospitals that serve a high proportion of black patients, white patients were more likely to be chemically sedated for psychiatric disorders compared to hospitals that primarily serve white patients. The findings were published in Annals of Epidemiology by researchers at the Perelman School of Medicine at the University of Pennsylvania.

“When a hospital has fewer resources, it often does not have the staff or the time to defuse a patient in distress, and may resort to chemical sedation more quickly than a hospital with enough staff and resources,” said the lead author. Ari Friedman, MD, PhD, assistant professor of emergency medicine and medical ethics and health policy at Penn Medicine. “A visit to the emergency department is traumatic in itself, and we want to avoid escalating a patient’s distress to the point where they need to be restrained or sedated, so the feedback provided by scans like this sheds light on the issues we can use to advocate for more resources to provide more equitable care.

Researchers analyzed data from 2008 to 2018 through the National Hospital Ambulatory Medical Survey (NHAMCS) database to examine the association of race and administration of chemical sedation (an antipsychotic or ketamine ) during emergency department visits for psychiatric disorders, defined as any visit where the stated reason for the visit was “symptoms related to psychological and mental disorders”. Chemical sedation can be used to calm and help protect patients from harming themselves or others, and previous research into racial differences in caring for agitated patients in the emergency setting suggests there may be have disparities in treatment.

While the NHAMCS data did not include the reasons patients were chemically sedated, the researchers pointed to important themes that these disparities highlight.

“Structural factors, such as redlining or systemic disinvestment in majority black neighborhoods, can result in segregated health care systems, which has ripple effects on practice patterns, from funding to staffing levels, which which in turn impacts the care patients receive,” said lead author Utsha. Khatri, MD, a former member of the National Clinician Scholars Program at Penn Medicine and now an assistant professor of emergency medicine at the Icahn School of Medicine at Mount Sinai. “Healthcare providers should closely monitor metrics like these to guide physicians toward more equitable practices.”

Penn Medicine is one of the world’s leading academic medical centers, dedicated to the related missions of medical education, biomedical research, and excellence in patient care. Penn Medicine consists of the University of Pennsylvania Raymond and Ruth Perelman School of Medicine (founded in 1765 as the first medical school in the country) and the University of Pennsylvania Health Systemwhich together make up a $9.9 billion business.

The Perelman School of Medicine has been ranked among the top medical schools in the United States for more than 20 years, according to US News & World Report’s survey of research-intensive medical schools. The school is consistently a top recipient of funding from the nation’s National Institutes of Health, with $546 million awarded in fiscal year 2021.

Patient care facilities in the University of Pennsylvania Health System include: University of Pennsylvania Hospital and Penn Presbyterian Medical Center – which are recognized as one of the top “Honor Roll” hospitals in the nation by US News & World Report – Chester County Hospital; Lancaster General Health; Penn Medicine Princeton Health; and Pennsylvania Hospital, the nation’s first hospital, founded in 1751. Other facilities and businesses include Good Shepherd Penn Partners, Penn Medicine at Home, Lancaster Behavioral Health Hospital, and Princeton House Behavioral Health, among others.

Penn Medicine is powered by a talented and dedicated workforce of more than 52,000 people. The organization also has alliances with top community health systems in southeastern Pennsylvania and southern New Jersey, creating more options for patients, wherever they live.

Penn Medicine is committed to improving lives and health through a variety of community programs and activities. In fiscal year 2021, Penn Medicine provided more than $619 million to benefit our community.