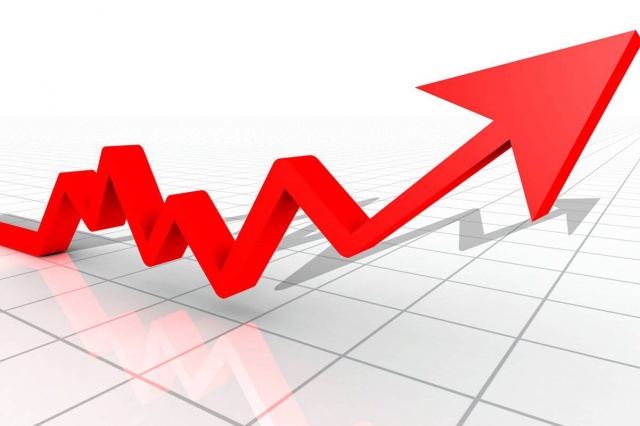 GDP is a useless measure. But what should replace it? | Counter-currents

We need to put real value on the environment and go beyond gross domestic product as a measure of human progress and well-being,” UN Secretary-General Antonio Guterres said in June at Stockholm+50, a meeting convened by the UN to discuss the global environmental and ecological crises.

It was an amazing statement. This once marginal idea of ​​going ‘beyond GDP’ is finally emerging at the highest levels of international policy discussions and within governments, from New Zealand to Wales.

GDP is an economic indicator that measures economic growth, specifically the value of all goods and services produced in an economy. But that ignores many issues that really affect our lives, such as health and well-being, income, gender equality or the state of the environment.

Even Simon Kuznets, the economist who introduced the original formulation of GDP, said in 1934 that: “The welfare of a nation can hardly be inferred from a measure of national income.”

Especially now, with the world on fire and inflation squeezing our populations, the contradictions of GDP as a primary indicator of a country’s economic success are even more apparent.

GDP plunged in 2020, at the start of COVID-19. Since then, however, it has skyrocketed in most countries.

The contrast between general well-being and economic growth is perhaps most evident in the United States. Between 2020 and 2021, US GDP increased by 9.08%, but over the same period life expectancy actually decreased by 0.39 years. By today’s standards of development and economic progress, which are centered on GDP, even the recent oil spill in Tennessee is considered a positive outcome as it stimulates cleanup and reconstruction operations in the short term.

Now some countries – like New Zealand – are jumping on board with more holistic measures. A recent report from the Wellbeing Economy Alliance (which one of us works for) found that countries that prioritized wellbeing over economic growth during COVID fared better in from a health and economic point of view.

New Zealand has implemented a “go hard, go early” strategy led by public health experts, with support from Treasury economists who have centered their budgets since 2019 around a living standards. According to this framework, well-being is “when people are able to lead fulfilling lives with purpose, balance, and meaning.”

Even though lockdowns have limited short-term growth, the country saw lower COVID deaths than comparable country levels in 2020. The world’s 29 wealthiest countries together recorded more than a million additional deaths.

Other countries and multilateral organizations are also making significant progress to go “beyond GDP”. Members of the Wellbeing Economy Governments (WEGo) partnership – which includes New Zealand as well as Iceland, Scotland, Wales, Finland and Canada – also outlined the steps they are taking to achieve this. .

For example, the Welsh intergenerational justice legislation fundamentally changes approaches to policy-making from a short-term to a long-term orientation; Finland’s environmental policies are guided by a holistic One Health approach; and Bhutan’s Gross National Happiness (GNH) model led the country to reduce poverty rates by more than 32% to 10.2% in a decade, while becoming climate neutral.

And at a recent rally in front of the Berlaymont (which houses the headquarters of the European Commission), several other European decision-makers said they were ready to go beyond GDP, including Barbara Trachte, Secretary of State for Economic Transition for the Brussels region, and Thomas Arnold, former adviser on sustainable development objectives at the European Commission.

But as we suffer the consequences of worsening crises – from the cost of living and inequality to biodiversity loss and climate change – we need the rest of the world to follow suit and institutionalize better indicators. to guide policy development. A global and unified approach must guide this project.

Here are some guiding steps to drive this transformation:

We need consistency in our measures “beyond GDP”

Along with GDP, consumption and productivity are defined by the globally accepted System of National Accounts (SNA). This makes it simple, comparable and widely applicable. However, for ‘beyond GDP’, there is no internationally agreed standard – just a variety of terminologies and methodologies.

We recommend creating a new body to articulate and create a global and unified “beyond GDP” metric. It could be called IP-WISE: the International Panel on Wellbeing, Inclusion, Sustainability and the Economy.

In Europe, at both national and EU level, there are several monitoring frameworks and sets of indicators measuring social, economic and environmental progress, such as the Euro Stats Quality of Life Index. Policy makers should reflect and produce recommendations on how these existing measures can be streamlined for their own policies.

More coherent measures will improve political decision-making, but this will not be enough. Decision makers also need additional models that will predict the outcomes and impacts of their decisions.

For example, economists have developed integrated assessment models such as LOCOMOTION models that can show the effects of policymaking beyond GDP in all aspects of the economy, including socio-economic impacts and environmental.

Policy makers should also be aware of the existence of models that show that better (and greener) outcomes are possible beyond the development of growth policies. In some countries, this process is already underway. For example, New Zealand’s aforementioned welfare budget is a method by which national priorities are set and the government budget is allocated.

It is essential that citizens play an important role in shaping policy priorities and solutions. As such, policymakers should implement public decision-making processes. For example, many countries have experimented with citizen panels on climate, including the Scottish Climate Assembly which was launched in 2020.

Policy makers can consult the Wellbeing Economy Alliance’s policy design guide – which has already been used around the world – to design policies through local participatory processes that prioritize what it really means to live well in the world. the communities.

Lisa Hough-Stewart is Head of Projects and Organizational Culture at the Wellbeing Economy Alliance (WEAll).