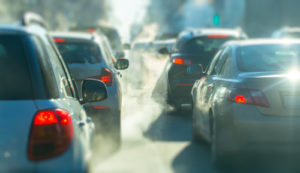 “However, this proposed rule falls outside the scope and intent of the bipartisan IIJA Congress,” Senator Fischer and her colleagues wrote in a July 28 letter to the FHWA Deputy Administrator, Stephanie Pollak. “Additionally, implementing GHG emissions calculation and tracking is too cumbersome for state departments of transportation and metropolitan planning organizations.

“For these reasons, we urge you to rescind this proposed rule,” wrote the lawmakers, which included U.S. Senators Roy Blunt (R-MO), Roger Wicker (R-MS) and Rob Portman (R-OH).

The senators also stressed that they are “equally concerned” that the proposed rule represents yet another example of the FHWA using guidance and rules to respond to the Biden administration’s climate agenda “under the guise of implementing the IIJA”.

Additionally, the proposed rule would require state and local governments to develop and set targets and report on progress to reduce emissions, according to their letter, which notes that this requirement is “clearly outside” the remit. state departments of transportation.

“The imposition of these onerous and potentially illegal regulations also comes at a time when states are struggling to cope with the price and availability of building materials and record economic headwinds of inflation that we don’t have. not faced in decades,” said Senator Fischer and lawmakers. wrote. “Your department’s goal should be to help alleviate these burdens so that we can take full advantage of the opportunity before us to realize the IIJA’s bipartisan vision and rebuild the nation’s infrastructure.”