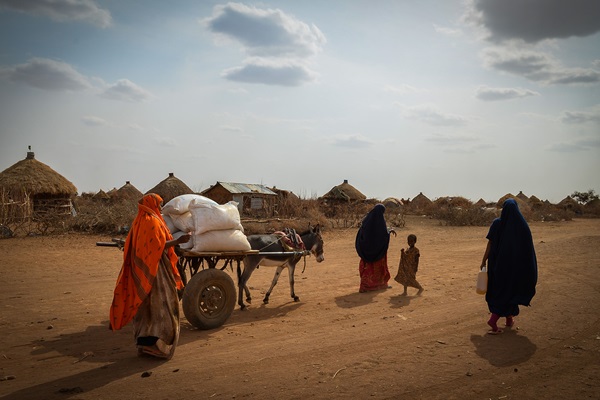 The majority of the world’s poor live in rural areas, but it is difficult to obtain reliable and harmonized information on their number and their situation.

To help fill this gap in the fight against global hunger, the Food and Agriculture Organization of the United Nations (FAO) has released a report in collaboration with the Oxford Poverty and Human Development Initiative (OPHI ), which introduces an innovative multidimensional rural poverty index (R-MPI).

The R-MPI extends existing methods of measuring rural poverty by focusing more closely on the capacities of rural populations: food security, quality of their nutrition; their education and standard of living. In addition, FAO and OPHI have added two key aspects affecting the lives of rural dwellers in particular: access (or lack thereof) to adequate agricultural assets and exposure to environmental and other hazards and social protection.

“Despite the fact that a range of poverty measures already exist and are in common use, harmonized information on rural poverty, which could inform robust and consistent measurement, is less readily available. The R-MPI includes innovative indicators on adequacy of agricultural asset ownership, rural social protection and risk exposure. In the application proposed in the report, the R-MPI uses innovations in the risk dimension, combining household surveys and geospatial data,” FAO Chief Economist Maximo Torero Cullen said at the launch. of the report.

The R-MPI is based on the notion that a single dimension, such as household income, does not accurately capture poverty in rural areas. It is now widely recognized that hardship means more than an empty bank account.

This notion is reflected in the Global Multidimensional Poverty Index (MPI), which was launched in 2010 by the United Nations Development Program and OPHI and covered 109 countries and 5.9 billion people in 2021.

The R-MPI, which expands the scope of the global MPI, also includes an innovative combination of geospatial data and surveys that quantifies the risks of exposure of rural dwellers to droughts, floods or heat waves.

“The launch of this innovative rural MPI is an important first step in shaping the data environment and the discussion on how to continue to advance the understanding of rural poverty with the aim of ending it in all its forms and dimensions”, said Sabina Alkire, Director of the OPH.

The usefulness of this new tool is illustrated in the joint FAO-OPHI report, which tested the index using recent household surveys in Ethiopia, Malawi, Niger and Nigeria.

The report shows how the R-MPI captures additional and different information compared to other measures – both monetary measures and multidimensional measures – which do not include rural specificities. The included dimensions have proven to be statistically efficient. The overlap between monetary and non-monetary deprivation is significant. However, the R-MPI captures more. In Malawi, for example, as many as 14 percent of the rural poor identified by the R-MPI were not identified as poor by the monetary measure.

The R-MPI has also been field tested, including in 64 rural areas of Malawi. Community members were asked to consider the dimensions included in the R-MPI, based on their life experience, and to define, in their own words, rural hardship and poverty. While most of the dimensions proved to be crucial, others – like state of mind or physical appearance – also surfaced. While not all of these elements can be easily captured in large-scale surveys, important lessons have been learned about the limitations of monetary measures and the importance of adapting measurement to rural contexts.

It’s not just about producing more data. A more precise identification of who the extreme poor are, where they live and what specific constraints prevent them from escaping poverty in rural areas, can play a crucial role in the development of more precise policies to fight against poverty. rural and hunger.

FAO helps countries design and implement policies that address the condition of the poor and small farmers, improve their livelihoods and improve their resilience and ability to escape extreme poverty. The R-MPI can serve as an orientation tool for policymakers and a monitoring tool for projects and programs that seek to address rural poverty.

/Public release. This material from the original organization/authors may be ad hoc in nature, edited for clarity, style and length. The views and opinions expressed are those of the author or authors. See in full here.