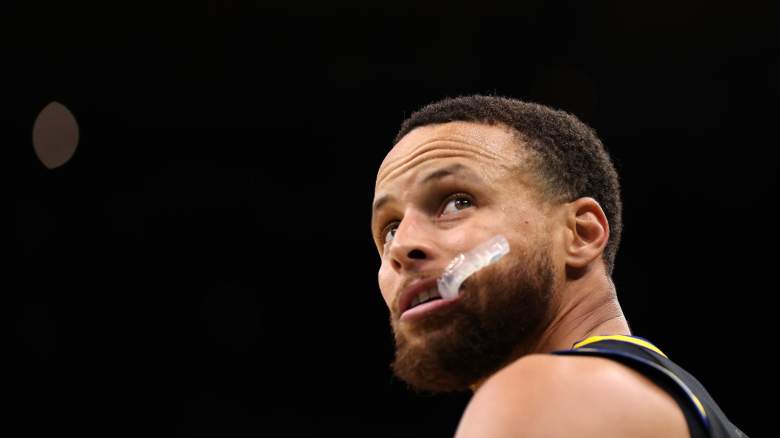 There were some eyebrows raised around the NBA earlier this month when former Nets guard Mike James, who now plays for Monaco in the top league in France, was asked on a podcast to list his top 5 league players and declined to include Warriors star Stephen Curry on his list, pointing out that Curry is too “one-dimensional”.

Same Curry himself took noteas he jokingly lashed out at James, referring to only one dimension in an interview after the comments and admitting he was “mean-spirited”.

But James, who played just 30 total NBA games for three franchises between 2017 and 2021, says his comments were taken out of context and he has nothing against Curry personally. He wondered how Curry got his points on his advanced and original thinking.

“I think I’ve said a lot of controversial things in general because I think outside the box,” James said on the URBONUS podcast in Europe. “But for some reason every time I mention Steph Curry everyone gets mad and everyone assumes I don’t like him.

“But I think he’s amazing. To be honest, he changed basketball. Like seven years ago, everyone started shooting threes and playing small ball. Not just because of him. Like 75% of him, then like the remaining 25% of the Warriors. I have no problem with him.”

James did not include curry in his top 5

James claimed that his words were taken out of context and that he did not directly call Curry one-dimensional—rather, James noted, he said the way Curry got his score was one-dimensional. Sounds like a distinction without a difference? Maybe.

It all started because James was asked to name his top 5 players currently in the league. He is a friend of Nets star Kevin Durant, so he admitted to being biased and picking Durant first. He then named LeBron James, Joel Embiid and Giannis before pausing and mentioning Luka Doncic, Nikola Jokic and Curry.

“It’s a bit difficult for me in this area,” said James, before leaving with Doncic.

Certainly, a case could be made for the list made by James, sans Curry. All are great players, though Curry now has four NBA championships, two MVP awards (one unanimous), the NBA’s all-time 3-point record, a career 3-point percentage of 42.8 % and career averages of 6.5 assists and 4.6 rebounds. .

For this reason, it’s not entirely fair to call Curry one-dimensional. Despite his defense, it’s pretty clear that’s what James called him. Here is exactly what james saidso you can decide:

I have to watch your game and how you do it. Steph, how he plays and gets rid of his stuff, it’s just kind of one-dimensional sometimes.

Like, he’s not the primary ball handler much, and for a playmaker, that bothers me a bit. But he scores the dribble, so, I mean, he’s a superstar, so at this point when you’re picking your Top 5, you’re kind of drawing straws, you’re just a little finicky. I think those other five can do whatever they want in any team in the world right now.

If we put Luka (Doncic), (Joel) Embiid, LeBron (James), KD (Durant) and Giannis (Antetokounmpo) on any team in the world, they’ll be who they are, as soon as you put them there. I don’t know about Steph.

Understanding Payday Loans – The Basics and Beyond