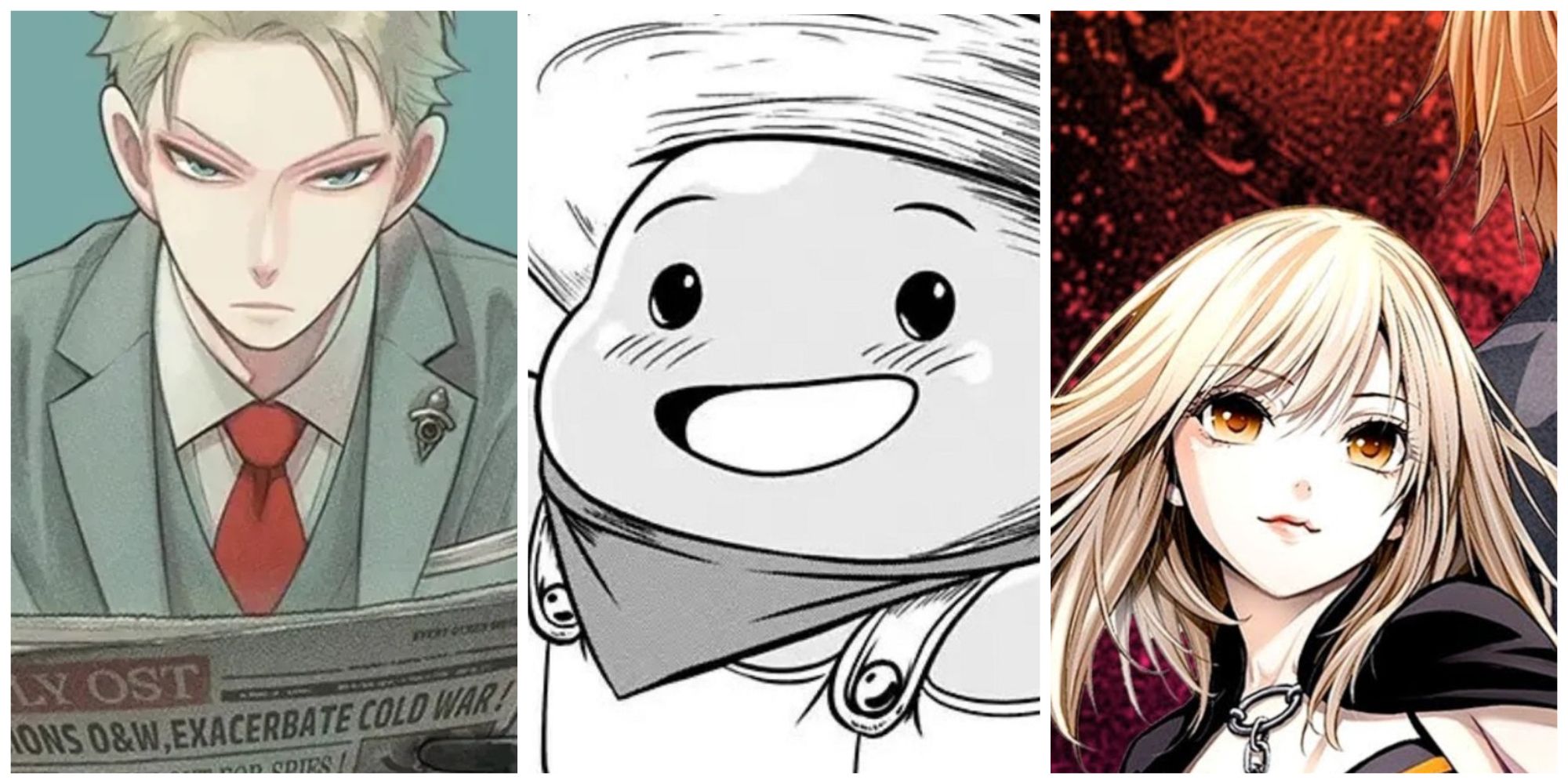 Developed by Momo-Pi and published by Shueisha Games, Captain Velvet Meteor: the dimensions of the jump + offers an interesting way to circumvent culture shock. The game follows a boy named Damien as his family moves to Japan. It’s a whole new, intimidating world for him, and he feels more alone than ever. Thus, he withdraws into himself and sets up his own imaginary world which he protects as a superhero: Captain Velvet Meteor.

When he’s not facing the difficulties of adjusting to life in Japan, he jumps into the Jump+ dimensions and takes on a series of strategic puzzles and stealth challenges to defeat his enemies. All with the help of his favorite Jump+ manga characters.

Kafka is a member of the Japanese Defense Forces who protect the country against monster attacks. Despite his best efforts, he got stuck in the Force Cleanup Team. His life changed when a little monster fused with him and gave him the ability to become the titular Monster #8.

He becomes a Godzilla-esque beast ready to fight the other monsters while avoiding being grilled by the Defense Force. As one of the few characters to feature gameplay in the trailer, Kafka can obliterate surrounding enemies with an area of ​​effect attack or fire a large energy blast to blast through hordes. opponents.

200 years after World War III, and the world is still a post-apocalyptic ruin. Still, Roue and Zett, an android known as “Gear” who acts like his uncle, live humble lives. One day they come across another Gear called Chrome. Usually Gears comes with a working purpose pre-programmed, but for some reason Chrome doesn’t. But thanks to Roue and Zett, he thinks he can find out what his agenda is.

The trailer shows Chrome advising Meteor on the best way to progress through a section, blasting away obstacles in hallways and smashing all enemies in his path until he hits the wall. He doesn’t seem as directly powerful as Kafka, though with the right strategy his skills could prove indispensable.

After those two great shonen-style adventure heroes, Slime is a break from the norm. He is a slimy, toddler-like creature who works alongside a dark mage called Darul Alucard in their magic shop. There is no big epic story in their story. It’s just a slice of life about the misadventures of running a store in a fantasy world.

In the game, Slime can bounce off enemies with a boomerang-like attack that loops through enemies in Meteor on a loop. If that’s not enough, they can grow to giant size and dive on anything in front of them, like a big blue weight.

Set in the Edo period, Heaven from Hell: Jigokuraku is about Gabimaru the Hollow, the legendary thief. Seemingly immune to all forms of death, he has a chance of being forgiven for his crimes if he can find the legendary Elixir of Immortality on an island in the Ryūkyū Kingdom.

All the other envoys there have been killed, but if Gabimaru is as immortal as he seems, he can do it…hopefully. Chances are he won’t be as invincible in Captain Velvet Meteor, or it would be quite broken. As it is, it still looks like a good character to have around as it has an explosive fire attack that can ignite everyone around it.

This manga seems weird or scary, as it follows the princess and her talking sword Ex as they have been captured by the Hellhorde. As captain of the Third Legion of the Imperial Army, she must receive the worst kind of punishment the Hellhorde can concoct.

Luckily, the show is more of a comedy as their best methods of torture involve innocent things like bubble wrap and roller coasters. Freed from the confines of the Hellhorde, the Princess plays more like a standard hero in the game. Wielding Ex, she can do a Link-like spin attack from the The Legend of Zelda and pave the way for progress.

Created by the same artist behind Rosario+Vampire, this manga is about Chloe, a girl who dreams of becoming an actress. Except that at 28, his opportunities are dwindling. However, she has a particular attraction for the paranormal.

With the help of the mysterious Kai Iod, Chloe is inducted into the Arkham Bullet organization and battles the occult as Ghost Reaper Girl. She can sweep any opponent in her path and that of Captain Meteor with a whip from her scythe. It’s a spinning attack similar to the princess move, so its true potential can be revealed when the full game is released.

Oddly enough, Ushio may have died in her original series. The plot begins when Shinpei Ajiro returns from Tokyo to find that his childhood friend Ushio has died trying to save a young girl from drowning. Except that at the funeral, Shinpei notices signs of foul play, along with other strange occurrences. As he investigates, he finds himself caught in a groundhog day-like a time loop where he is brought back each time, he is a victim of these “events”.

It’s up to him to protect Ushio’s sister, Mio, and the rest of the town, with just Ushio’s spirit to guide him. When not guiding Shinpei, she aids Captain Velvet Meteor against the “Shadows”, the mysterious beings behind her death in the manga. Well, them and other enemies. Using his ability, the captain can summon a shadow to pull surrounding enemies towards it before tearing them apart.

Perhaps the most popular entry on this list, SPY x FAMILY‘s Loid ‘Twilight’ Forger is a Westalia spy tasked with keeping tabs on a politician from the opposing nation of Ostania. However, the only way to get close to them is to start a family and enroll your “child” in the same school as your target’s child. Unbeknownst to him, his “wife” is a professional assassin and his “daughter” is a telepath, but all three must maintain the family act to achieve their goals.

The trailer shows him activating a trap that initially zaps enemies around him, then triggers a chain reaction that attacks a giant boss. It looks like it will need methodical use to get the most out of it, although looks can be deceiving. Especially with a spy.

Captain Velvet Meteor: the dimensions of the jump + is set to release for Nintendo Switch on July 28, 2022.

MORE: Underrated Nintendo Switch Anime Games (And Where To Buy Them)

Welcome Matt: Boeser extension a win-win for the Canucks and their sniper