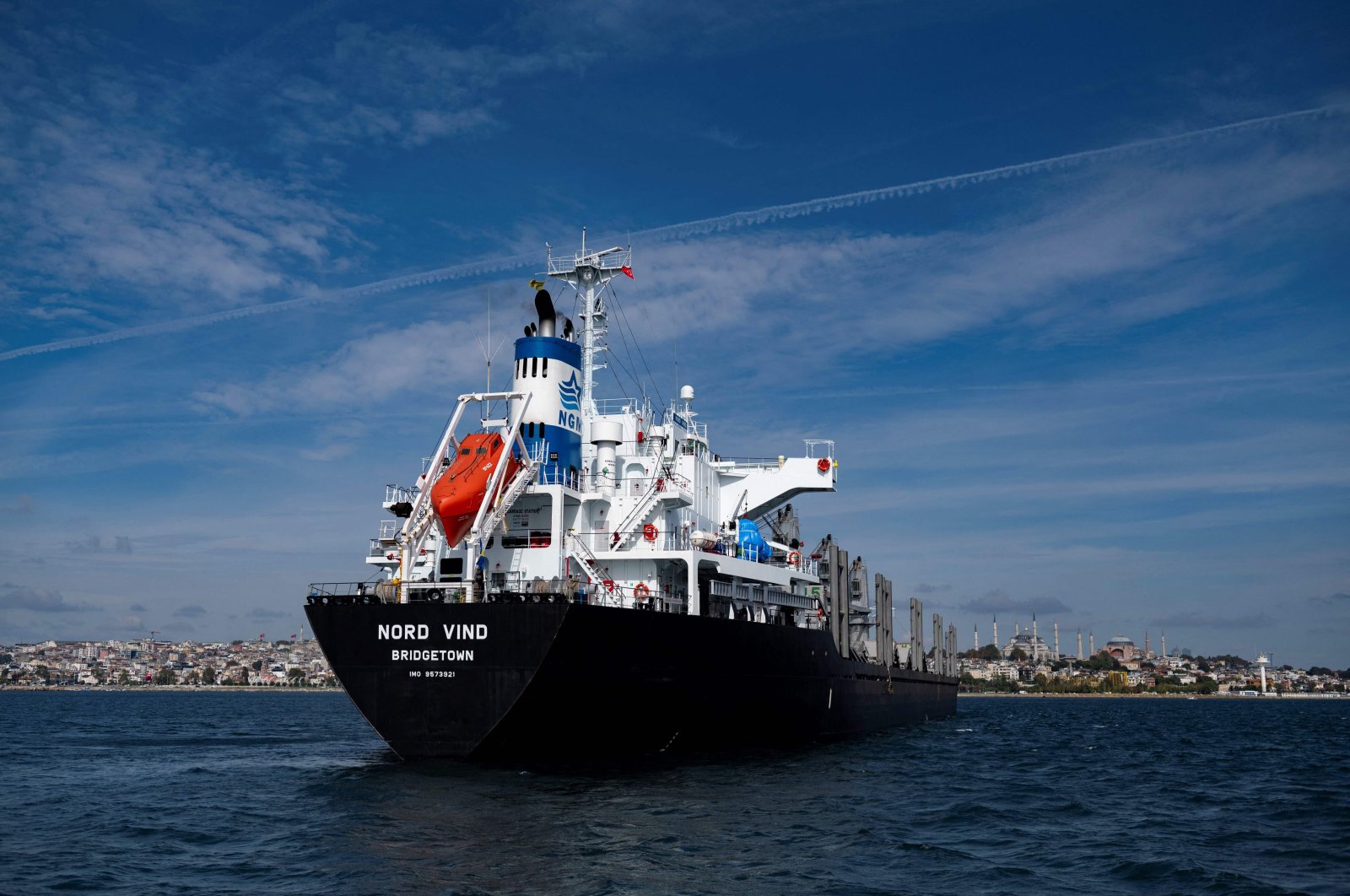 President Recep Tayyip Erdoğan said on Friday he saw no obstacle to extending the agreement allowing Ukrainian exports of Black Sea grain after talks with his Russian and Ukrainian counterparts.

Erdoğan’s remarks come as the 120-day Black Sea Grain Initiative, a United Nations-Turkish-brokered deal reached with Moscow and Kyiv, expires on November 19 and its extension remains uncertain due to Russian objections.

The agreement involved the creation of a protected Black Sea transit corridor to allow the export of Ukrainian grain blocked by the Russian invasion and aimed to alleviate global food shortages, with Ukraine’s customers including some of the poorest countries in the world.

A report released on Thursday by the United Nations trade and development agency, UNCTAD, called the extension of the agreement “critical”.

“But in the meantime, if there is a blockage, we have no obstacles to overcome,” he stressed.

The UN insisted on Thursday that the deal is working and must be renewed before it expires next month, with prices already rising due to uncertainty. The UN wishes to renew the agreement for one year.

But Russia is unhappy with some aspects of the arrangements and how they work, fueling doubt about whether the Kremlin would want to continue with the deal.

At first, the focus was on moving ships stuck in Ukrainian ports for months, most of which were loaded with corn and booked by developed countries.

Most of last year’s wheat crop in Ukraine, which is harvested earlier than maize, had already been shipped when Russian troops entered the country in late February.

Erdoğan said around 363 vessels exported more than 8 million metric tons of grain and other foodstuffs to world markets under the deal.

Developing countries like Somalia and Eritrea are heavily dependent on wheat imports from Russia and Ukraine.

The deal has helped bring down historically high market prices, but they are rising again amid concerns over the rollover of the initiative.

“In an environment where trade is very uncertain, signals matter a lot,” UNCTAD chief Rebeca Grynspan said on Thursday. “When there’s no clarity, no one knows what’s going to happen, and speculation and hoarding take over.”

UNCTAD said that without this initiative, there was little hope of ensuring food security, especially in the least developed countries.

Nearly 20% of wheat exports are destined for least developed countries (LDCs) with vulnerable populations. The initiative doubled the amount of wheat shipped to LDCs between August and September.

“The UN-led initiative has helped stabilize and then lower global food prices and move precious grains from one of the world’s breadbaskets to the tables of those who need them,” he said. UNCTAD report.

The Food Price Index, released by the Food and Agriculture Organization of the United Nations (FAO), shows that prices of global staple foods fell by around 8.6% in July, 1 .9% in August and 1.1% in September.

Shipments are about 40-50% lower than they were before Russia invaded Ukraine.

The talks are progressing slowly

Talks on extending and expanding the deal continued this week between senior UN officials and Russia. Moscow said the extension was “directly” dependent on the West easing Russia’s agricultural and fertilizer exports.

Gennady Gatilov, Russia’s ambassador to the UN in Geneva, said on Thursday the talks were not making much progress because Russian concerns were not being properly addressed.

Russia says Western sanctions particularly affect the financial and logistics sectors, crippling its own grain and fertilizer exports, even to poor countries that need them.

“I wouldn’t say that much has been achieved as a result of the last consultations. The dialogue continues,” Gatilov told reporters.

In talks with the UN, Gatilov said they “highlighted our concerns regarding the implementation of the Russian part of the agreement, as we are still encountering problems with essential logistics.”

“There is no point in pursuing a deal part of which may appear dead on arrival,” he noted.

“So, of course, the Russian authorities … will be very seriously considering the future of extending this grain agreement.”

Keep up to date with what is happening in Turkey, in its region and in the world.

As the heat of methane increases, is it time to rethink measurement?