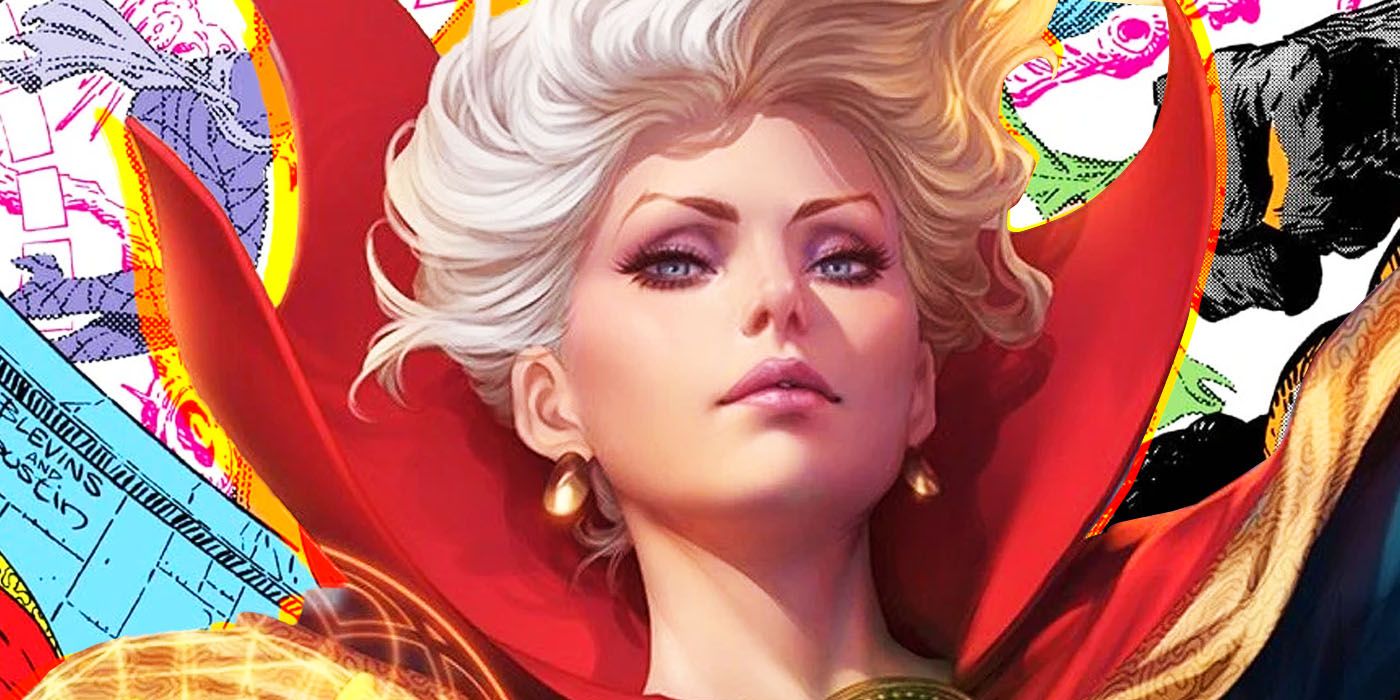 Doctor Strange’s wife Clea had to fight her own mother

In the wake of Doctor Strange’s death, the title of Earth’s Sorcerer Supreme passed to his ex-wife Clea, who has already proven that his idea of ​​”protecting” the world is very different from his predecessor. Not only has Clea made it clear that her main priority is to find a way to bring Strange back to life, but her encounters with the mysterious Blasphemy Cartel have shown that the Dark Dimension’s longtime Sorceress Supreme is out to kill those who threaten. the safety of his adopted world.

While her disposition and ruthless methods might end up putting her at odds with Earth’s other heroes, Clea has previously shown herself to be willing to make tough choices in the service of doing the right thing. When Dormammu’s sister Umar seized her brother’s throne and led the forces of the Dark Dimension in an invasion of Earth, Clea made the difficult decision to betray her home dimension and help Strange to defeat Umar, standing firm even after making the horrifying discovery that Umar was his mother.

RELATED: Marvel’s New Sorcerer Supreme’s Terrifying Past Could Be a Major Deal

In his introduction to strange tales #126 (by Stan Lee, Steve Ditko, and Sam Rosen), Clea was established as one of the few inhabitants of the Dark Dimension who was not blindly loyal to Dormammu, and her opposition to Dread One’s desire to conquer the Earth would lead directly to her fateful first encounter with Strange. From then on, Clea would play an active role in many of Strange’s battles against Dormammu. Eventually, the mystical villain’s obsession with destroying Strange drove him to challenge Eternity, the embodiment of the Marvel Universe, to a battle that ended with the villain’s destruction and apparent release from the Dark Dimension.

Unfortunately, Dormammu’s death allowed his sister Umar to escape from her imprisonment in an alternate dimension, and she soon claimed the vacant Dark Dimension throne. Like Dormammu before her, Umar attempted to use Strange’s growing feelings for Clea against him by taking her prisoner, but instead set Clea on the path to becoming an even greater threat than the Sorcerer Supreme. Tired of being used as a weapon against the man she loved, Clea left the Dark Dimension and moved into the Sanctum Sanctorum with Strange, where she began studying magic and soon became a talented witch in her own right.

After her training was complete, Clea returned to the Dark Dimension and began a rebellion against Umar, eventually discovering that her father, Prince Orini, one of Dormammu’s most loyal followers, was Umar’s second-in-command. . When Clea demanded to know why her father served as one of the Dread One’s greatest adversaries, Orini revealed that Umar was Clea’s mother, hoping the revelation would crush her daughter’s rebellious spirit. Instead, this new information inspired Clea to challenge Umar’s claim to the throne by strange doctor #73 (by Roger Stern, Paul Smith, Terry Austin, Bob Sharen, and Bob Rosen), resulting in a brutal mother vs. daughter duel that ended with Clea defeating Umar and becoming ruler of the Dark Dimension.

Although Clea had betrayed the Dark Dimension many times before, her conflict with Umar tested her resolve in a way that her conflict with Dormammu never had. While her first acts of rebellion were inspired by her budding feelings for Strange, Umar’s brutal cruelty to the denizens of the Dark Dimension caused Clea to defy the customs of the society she was born into by choosing to finally follow her long held belief. that Dormammu’s ways were evil. In doing so, she not only made herself the enemy of one of the most powerful beings in the Marvel Universe, but she also turned her back on the only home she had ever known.

Although Clea would come to see Earth as her second home during the many months she spent in the Sanctum Sanctorum, adjusting to the many differences between her and the Dark Dimension would prove to be a very difficult task for her. and she could never hide the fact that she missed her home dimension despite her many flaws. When she finally returned to the Dark Dimension, she was initially shunned by its inhabitants who saw her as a traitor. While she managed to win over many of her people in time, others clung to their misplaced loyalty to Umar and continued to treat her with disdain even after Clea defeated the magical villain Faltine and freed her people. of a life of tyranny.

While Clea’s decision to choose Earth and her love of the weird over the Dark Dimension and her relationship with her parents was undoubtedly morally correct, it would continue to impact her life in ways that would affect her. still affects to this day. As the leader of the rebellion against Umar, Clea was placed in a position that forced her to make difficult decisions, causing her to lose much of her idealism and leading her to become the most ruthless person she had ever known. is today.

Clea’s decision to accept the Dark Dimension throne also strained her relationship with Strange, whom she married almost immediately after the war ended. Forced to stay in the Dark Dimension to rule her new kingdom, Clea had to spend a lot of time away from her husband, and her denial by her father, mother, and uncle made an already lonely situation even more difficult.

While Clea would eventually be overthrown by a returning Dormammu, her war against Umar proved that Earth’s safety was more important to her than gaining power for herself. Despite the immense pain caused by her mother’s betrayal, Clea’s rebellion proved that she had the potential to be as heroic as her husband.

Doctor Strange in the Multiverse of Madness’s Mind-Bending Ending, Explained

Drew Kopp is a comics writer for CBR who holds a Bachelor of Fine Arts degree in creative writing. As a die-hard fan of comics, fantasy/sci-fi, and video games, he loves nothing more than injecting his love of storytelling into his writing, and he loves nothing more than to write about anything corny. When he’s not busy obsessively theorizing about comic book plots or drooling over the next big indie game, he can be found writing about those topics.

Women’s Health Symposium to Focus on Memory and Aging