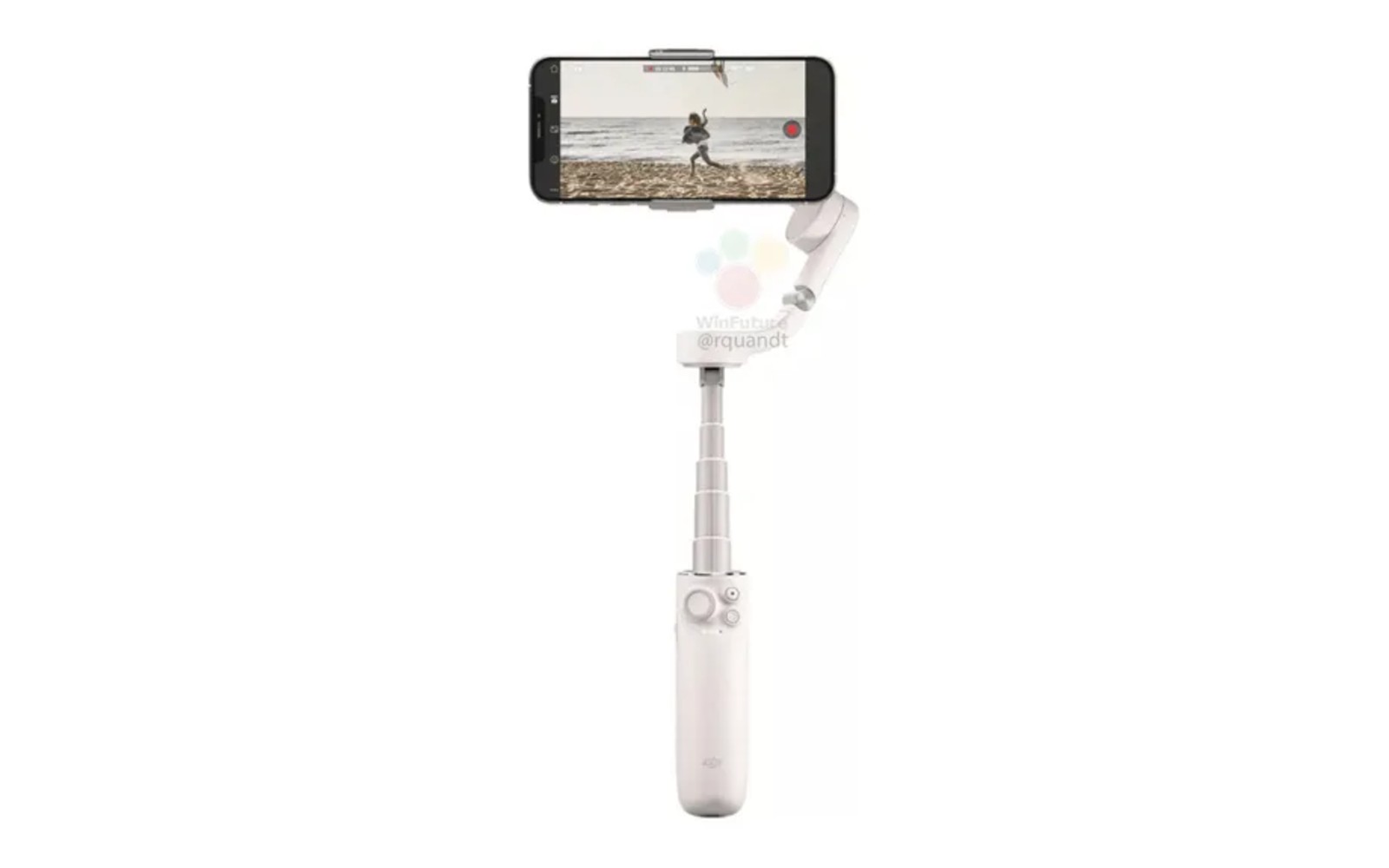 DJI’s next gimbal could expand like a selfie stick

It looks like DJI is getting ready to release a new smartphone gimbal. A leak shared by WinFuture and subsequently spotted by The edge shows the Osmo Mobile 5. New to this model is a telescopic mechanism that will allow you to extend the gimbal. This is something that should give those who buy the OM 5 more ways to compose their photos and videos. Depending on the point of sale, the device will cost € 159 (around $ 188) and measure around 6.7 inches in height when you lower the telescopic mechanism.

Judging by the pictures WinFuture Shared, it doesn’t look like the Osmo Mobile 5 will stretch as long as a more affordable selfie stick, but it’s probably for the best as the weight of your smartphone and the included magnetic mounting system would make the gimbal difficult to handle and subject at best to breakage at worst. Unfortunately, it looks like the increased flexibility will come at the cost of battery life. The new model could last six hours and 20 minutes on a single charge. In contrast, you can get up to 15 hours of use with the Osmo Mobile 4’s 2,450 mAh battery.

If a high-tech selfie stick isn’t your thing, DJI has released a more affordable version of its existing Osmo Mobile 4 gimbal called the Osmo Mobile 4 SE in some regions, including Hong Kong and Australia. It costs around US $ 99, although it’s not clear if it will be released in the United States. The company plans to organize a “Hi Five” event on September 8so we won’t have to wait long to see if it will also be available in the United States.

Update 2/9/21 12:50 am ET: We have corrected the message to indicate that Osmo Mobile 4 SE is already available in some regions.

All products recommended by Engadget are selected by our editorial team, independent of our parent company. Some of our stories include affiliate links. If you buy something through any of these links, we may earn an affiliate commission.

With no cruise ships, humpback whales have different things to say