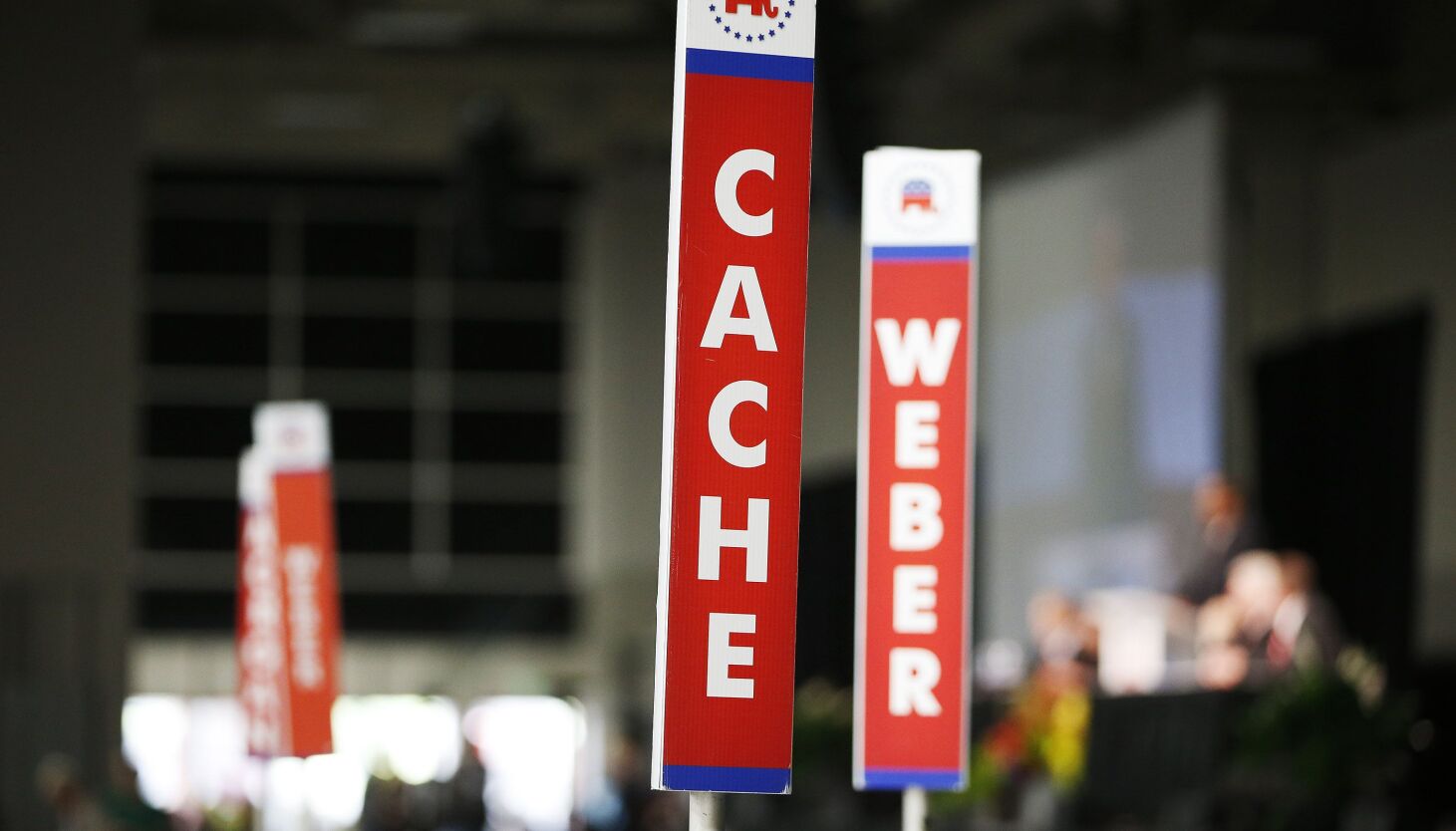 It may have started in 2000, when incumbent Governor Mike Leavitt was booed by delegates at his own Republican Party convention. They forced him into a primary election which he ended up winning hands down. Later, he became Secretary of Health and Human Services in the George W. Bush administration.

Whatever its origin, the trend continued in 2010, when delegates booed incumbent Senator Bob Bennett because of the votes he cast in response to the 2008 financial crisis. Then, last year, Maverik Center delegates made national news by booing the senator. Mitt Romney, who was the party’s presidential candidate in 2012.

Democrats, who have far less sway over Utah politics, have their own growing divisions. Prominent party members such as former Rep. Ben McAdams and current Salt Lake County Mayor Jenny Wilson are facing heavy criticism for backing independent candidate Evan McMullin for the U.S. Senate, rather than Democrat Kael Weston.

As always, such actions say more about the perpetrators than the victims.

Saturday’s state political conventions will be litmus tests for both sides. Are Utah’s political leaders capable of listening and civilly discussing important issues, as we assume many of them learned in their high school civics classes? Or do they intend to demonize, shout and demand 100% fidelity to their own notions of political truth?

In other words, is Utah still a cut above, or is it just following the trends set by others, even if they are culturally destructive?

The “Utah Way,” which has been touted as the state’s unique ability to bring competing interests together to find tough compromises, has unraveled of late. It worked wonderfully when the subject was immigration reform. It reached breathtaking proportions when an agreement was reached to protect religious freedoms and the rights of LGTBQ+ people. But it went awry last month as Republicans in the Legislature passed a unilateral bill banning transgender athletes from competing in high school, preferring to emulate what other states had done rather than forge another unique solution for Utah.

On Monday, the Deseret News ran an op-ed by former state senator Howard Stephenson, a longtime Republican leader and taxpayer advocate. He, too, urged civility at Saturday’s convention, and he added this observation: “Ironically, those delegates most upset by today’s ‘cancel culture’ have attempted to quash reports of duly elected representatives that they do not feel they are passing the delegates’ test of ideological purity.

We agree. At its core, American political discourse must be based on mutual respect in order to survive.

It could be defined as: “I absolutely disagree with what you say and I will fight to the death for your right to say it.” While the origin of this assertion is in doubt – having been variously attributed to Voltaire and other French thinkers – his sentiment fits perfectly with a nation that has enshrined freedom of speech in its Bill of Rights.

Convention delegates from both parties have the right and duty to vote according to their conscience when it comes to choosing candidates. But they have an obligation, for the good of their party and the nation they serve, to treat those with whom they disagree with civility and respect.

It wouldn’t diminish their own beliefs a little, but it would greatly elevate their character and reputation.

The next storm heading for Lake Tahoe could bring snow measured in feet above 7,000 feet | South of Lake Tahoe