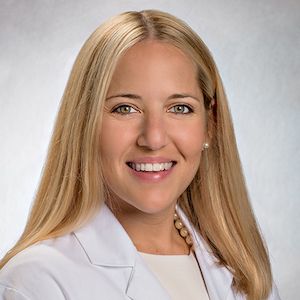 New findings from the PRISM-EXT trial revealed that CP101 prevented the recurrence of C. difficile infection (CDI) through week 8 of the study, with no serious treatment-related adverse events.

These data were consistent with previously reported results from the randomized, placebo-controlled trial PRISM3, the investigators said.

“The PRISM-EXT results also suggest that a second dose of CP101 successfully rescued a significant proportion of participants who did not respond to an initial dose of CP101,” wrote study author Jessica Allegretti. , MD, Brigham and Women’s Hospital.

The findings were presented at the 2022 Digestive Disease Week Annual Meeting in San Diego, California.

Allegretti and colleagues noted that there is a lack of safety and efficacy data from rigorous trials of the effect of microbiome therapies for CDI. In particular, few trials have examined the effect of a second dose with an orally administered therapeutic microbiome due to recurrence after the initial dose.

As such, the PRISM-EXT trial aimed to assess the safety and efficacy of the CP101 experimental microbiome administered orally in adults with recurrent CDI and those who experienced a recurrence in the PRISM3 trial.

The PRISM-EXT study recruited individuals with ≥1 CDI recurrence at more than 50 sites in the United States and Canada, with one qualifying CDI episode noted as having been diagnosed prior to trial entry . After standard antibiotics, participants received a single oral administration of CP101 without bowel preparation.

Participants consisted of those who transitioned from PRISM3 Phase 2 due to recurrence of study CDI or direct entry participants with recurrent CDI who were not previously enrolled in the study. PRISM3.

They identified that the primary efficacy endpoint was sustained clinical healing, defined as the absence of recurrence of CDI, up to week 8 post-dose. Then, secondary efficacy and safety endpoints were assessed through week 24.

The study analyzed a total of 132 participants, divided into two cohorts:

Investigators found that 52% of participants entered the trial after a first recurrence of CDI in the direct entry group. The data show that the overall proportion of individuals with sustained clinical cure through week 8 was 80.3%.

Additionally, they observed that efficacy was maintained at a sustained clinical cure rate of 78.8% through week 24. Based on PRISM3 CP101 rolling participants, the data shows that 70% (14 of 20) had sustained clinical cure through week 8 after a second dose of CP101 in PRISME-EXT. Investigators reported no serious treatment-related adverse events.

The study, “CP101, An Investigational Orally Administered Microbiome Therapeutic Was Effective For Prevention of Recurrent C.Difficile Infection: Results From Open-Label Prism-EXT Trial,” was presented at DDW 2022.

TPR and FCA confirm the development of joint VFM measurements