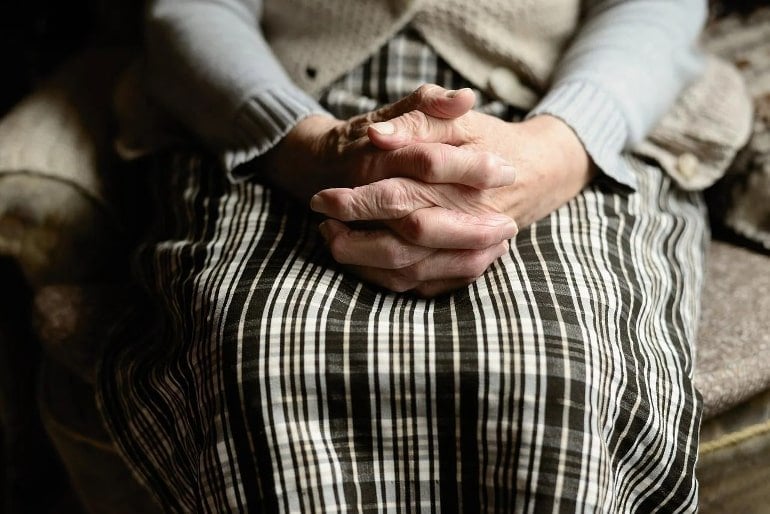 Summary: A combination of patient-reported subjective cognitive impairment and measurable clinical symptoms, such as beta-amyloid accumulation in cerebrospinal fluid, may aid in the early diagnosis of Alzheimer’s disease.

Subjective memory impairment associated with evident levels of beta-amyloid protein in the cerebrospinal fluid is a strong indication of the development of Alzheimer’s disease. This is the conclusion of a DZNE study of approximately 1,000 elderly people.

A team led by dementia researcher Frank Jessen reports on these findings in the journal Alzheimer’s and dementia.

The results of the study could contribute to the early detection and treatment of Alzheimer’s disease.

When people feel that their memory or other mental abilities are declining, but objective tests show no deterioration, this is known in medicine as “subjective cognitive impairment,” or SCD for short. The phenomenon has been the subject of research for several years.

“Affected individuals report cognitive problems that are of serious concern to them, but which are not measurable with current techniques,” explains Professor Frank Jessen, DZNE scientist and head of the Department of Psychiatry at the University of Cologne. So far, it has been shown that sickle cell disease is a risk factor, but not a conclusive harbinger of future dementia.

“In many people with SCD, there is no progressive loss of cognitive performance. To better assess the individual risk, other factors must be taken into account”, explains the researcher. “We have now been able to If, in addition to SCD, there is also evidence that certain proteins accumulate in the brain, then taken together this is a strong sign of the development of Alzheimer’s disease.

This assessment is based on a long-term DZNE study called DELCODE, which includes ten study centers across Germany and involves several university hospitals. In this context, the cognitive performance of nearly 1,000 elderly women and men has been recorded every year for several years.

This is done through established neuropsychological testing procedures. In addition, the cerebrospinal fluid of many study participants is analyzed and the brain volume determined using magnetic resonance imaging (MRI).

Jessen and his colleagues have now evaluated sets of measurements from individual subjects, with each data set covering a period of up to five years. The average age of study participants was around 70, and they were initially recruited through memory clinics at participating teaching hospitals and through newspaper advertisements.

The cohort included more than 400 people with SCD at baseline and about 300 people with measurable cognitive impairment, including symptoms of dementia due to Alzheimer’s disease.

In addition, the cohort included more than 200 adults whose cognitive performance was within the normal range and who did not have sickle cell disease at baseline: these “healthy” people served as a control group. Overall, this represents one of the most comprehensive studies of SCD to date.

The beta-amyloid protein, which accumulates in the brain during Alzheimer’s disease, has played an important role in the investigations.

Accumulation in the brain can be assessed indirectly – based on the level of protein in the cerebrospinal fluid: if the reading exceeds a threshold value, this is taken as evidence that beta-amyloid is accumulating in the brain. These people are then considered “amyloid positive”. 83 study participants with SCD and 25 control group volunteers had this status.

“Beta-amyloid deposition, like SCD, is a risk factor for Alzheimer’s disease. However, on their own, none of these phenomena is a clear indicator of the disease. But the picture becomes clearer, as evidenced by our study, when these phenomena are considered together and over a longer period,” says Jessen.

During the study period, some subjects in the SCD group as well as some in the control group developed measurable cognitive deficits. This was particularly evident in amyloid-positive subjects with SCD at baseline.

In comparison, cognitive decline was much lower on average in amyloid-positive individuals in the control group. Brain MRI data also showed differences:

The “hippocampus”, a brain area divided into the two cerebral hemispheres and considered the “control center” of memory, tended to be smaller in amyloid-positive subjects with SCD than in amyloid-positive individuals in the group control: an indication of atrophy, i.e. loss of brain mass.

“When you sum all the results, including data from subjects who already had measurable cognitive deficits at baseline, we see the combination of SCD and positive amyloid status as a strong indicator of early stage Alzheimer’s disease,” says jessen.

“If you classify Alzheimer’s disease into six stages according to common practice, with stage 6 representing severe dementia, then in our opinion the combination of SCD and amyloid-positive status corresponds to stage 2. This occurs before the stage where the first measurable symptoms appear. and which is also called mild cognitive impairment.

To date, there is no effective treatment for Alzheimer’s disease. However, it is generally believed that treatment should begin as soon as possible.

“If there are measurable clinical symptoms, then the brain has already been significantly damaged. From today’s perspective, then the treatment has little chance of lasting success,” says Jessen.

“So the question is how to identify apparently healthy individuals who actually have Alzheimer’s disease and who are very likely to develop dementia. I view the combination of SCD and amyloid positive status as a promising endpoint that should be investigated and tested further in future studies.

About this Alzheimer’s disease research news

It is uncertain whether subjective cognitive decline (SCD) in people who seek medical attention is used to identify the initial symptomatic stage 2 of the Alzheimer’s disease (AD) continuum.

The SCD group showed slightly poorer cognition as well as more subtle functional and behavioral symptoms than the control (CO) group. SCD-A+ cases (39.3% of all SCDs) showed greater hippocampal atrophy, poorer cognitive and functional performance, and more behavioral symptoms than CO-A+. CSF amyloid concentration had a greater effect on longitudinal cognitive decline in the SCD than in the CO group.

Our data suggest that the SCD serves to identify stage 2 of the AD continuum and that stage 2, operationalized as SCD-A+, is associated with a subtle but widespread impact of AD pathology in terms of neurodegeneration, symptoms and clinical progression.