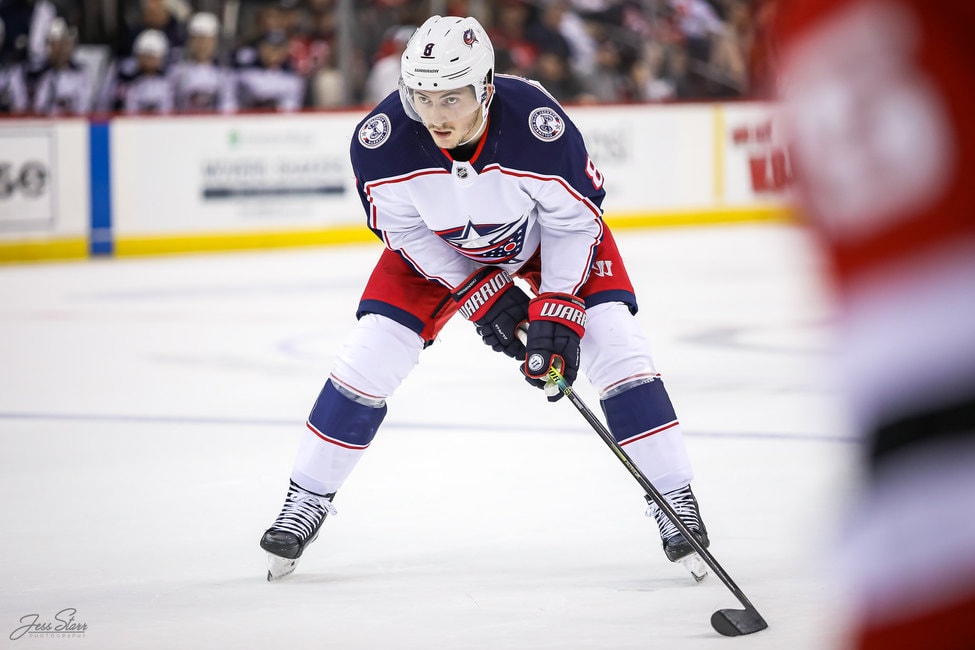 Ryan Johansen, Artemi Panarin, Seth Jones. These are some of the star names that the Columbus Blue Jackets have failed to convince to stay in the city. The organization’s inability to keep the big names in Columbus has long been a problem, with some players even accepting pay cuts to leave.

However, the Blue Jackets took a step in the right direction last week by signing a contract extension with star defenseman Zach Werenski. The six-year deal is worth $ 57.5 million with an average annual value of $ 9.58 million. This article will explore why this expansion is a big step for the organization.

In his five seasons in the NHL, all with Columbus, Werenski has recorded 65 goals and 124 assists in 335 games played. His 65 goals are good for the most goals by a defenseman in franchise history, and his 189 points overall are second to Jones.

During his career at Columbus, Werenski established himself as one of the Blue Line’s elite offensive threats, showing he deserved a long-term contract extension with the Blue Jackets organization.

Werensky’s love for Columbus made him want to stay

One thing is clear after the announcement of Werenski’s extension: his love for Columbus was a major factor in his signing. There was a quote from him included in the contract announcement by the Blue Jackets.

â€œI am really excited and grateful to Mr. McConnell, JD, Jarmo and everyone who is there for the opportunity to continue to be a Blue Jacket,â€ Werenski said. â€œThe city of Columbus has been so good to me, it’s close to my home and my family, and as I thought about it, it really was a given. I am a blue jacket. I want to continue to be a Blue Jacket and do whatever I can to bring a Stanley Cup here. “

Werenski extension is a step in the right direction

With many names like Seth Jones, Artemi Panarin and Pierre-Luc Dubois leaving ahead of long term overtime, the narrative that Columbus can’t keep the stars has become a widespread belief among the media and NHL fans. The Werenski extension is a big step for the organization to move away from this narrative.

Many see the extension as an overpayment, but the organization had to do it, even if it is. Not only was it just to extend a talented defenseman who has left everything on the ice for Columbus in the past (including playing with a broken orbital bone in his face in the 2016-17 playoffs), it was for the future of the organization. in its entirety.

This is just an extension and a name for the Blue Jackets. They have a lot more work to do to refute the narrative of star players wanting to come out, but it’s a good start and a step in the right direction. The organization had to start somewhere, and Werenski was that start.

His words about Columbus and his belief that reconstruction is going in the right direction is huge for the organization. There is no doubt that this extension and Werenski’s reaction will inspire the stars to sign and stay with Columbus in the future and lead to the downfall of the narrative.

Cody Chalfan is currently studying journalism at Ohio State University. He grew up in Columbus and loves hockey, especially the Blue Jackets. He’s a disabled person, so he’s a staunch supporter of the NHL movement. Hockey is for everyone. An article he wrote focusing on the Blue Jackets’ work on expanding the sport into the local special needs community can be found here. Cody can be reached via a Twitter direct message (@cachalfan) for comments, constructive criticism, or story ideas.

A case study on gender bias in science reporting