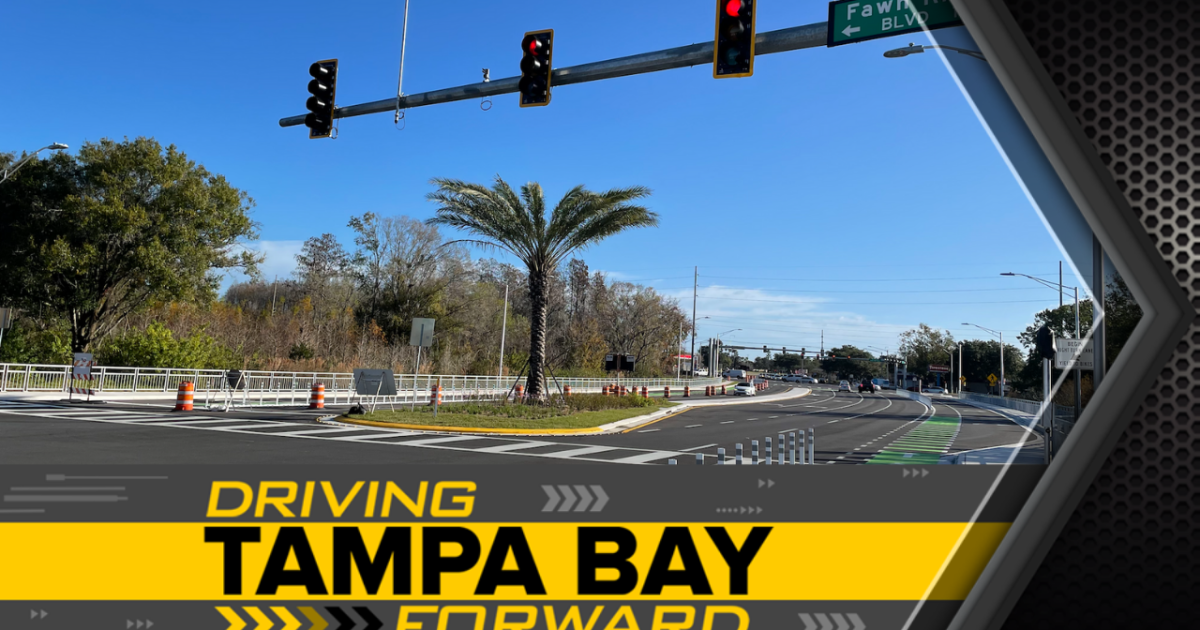 HILLSBOROUGH COUNTY, Fla. – As western Hillsborough County has grown, so have traffic problems.

This is where the Citrus Park Drive expansion project comes in, providing people with another travel option while reducing distance and time.

“It used to be like almost just over 5.3 miles if someone was on Racetrack Boulevard and they had to go to the eastern part of Hillsborough County. So they should go down to Linebaugh, then join Sheldon and continue. So, thanks to this connection, it will significantly reduce these travel times. That’s about a little over 20 minutes on the reduction in travel time,” Gonzalez said.

“This project was identified in the early 2000s,” Gonzalez said.

This new street is intended to accommodate future traffic demands in the area as more people move west into Hillsborough County, including the neighborhoods surrounding West Chase and Citrus Park.

“As we all know there has been growth in the area and of course an increase in traffic,” Gonzalez said.

Project leaders say they have also focused on pedestrian safety, installing sidewalks along the road, buffer cycle lanes and all-important crosswalks to provide connectivity to other neighborhoods in the area.

The new sidewalks will also make it easier for people to access the Upper Tampa Bay Trail.

“It’s extremely important to know that our goal is to provide safer transportation for all modes of transportation, including pedestrians and cyclists,” Gonzalez said.

“CashPlease”: a small bank launches an alternative to payday loans