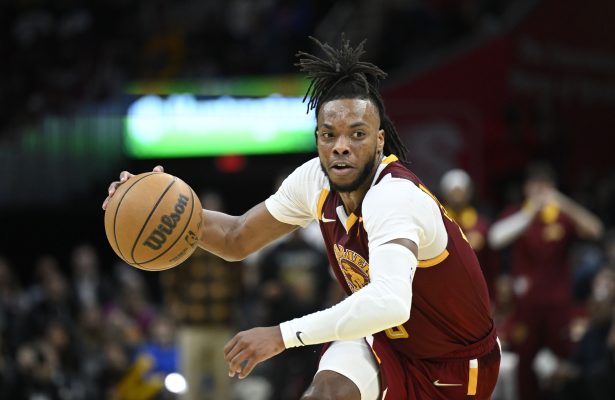 Cleveland Cavaliers guard Darius Garland is expected to order a major extension this coming offseason, and a Cavs insider expects his agent Rich Paul to push for a deal worth around $180 million.

“Garland is eligible for a maximum contract extension,” wrote Terry Pluto of Cleveland.com. “It would be in the range of $180 million over 5 years, and his agent would have to push for that to happen. Garland is 23 years old. He averaged 21.7 points, 8.6 assists and shot .462 (.383 on 3-pointers). The only question will be whether he can stay healthy — and the Cavs can’t play him 38 minutes a game like they did after the All-Star break.

Garland took a big step forward for the Cavaliers in the 2021-22 season, and he nearly took them to the playoffs. The Cavs couldn’t win either of their two games in the NBA play-in tournament and ultimately missed the playoffs.

Despite that, Garland proved Cleveland could rely on him to orchestrate the offense, with Collin Sexton missing most of the 2021-22 season with a knee injury.

Garland was No. 5 overall for the Cavs in the 2019 NBA Draft. He steadily improved in his first three NBA seasons, and the 2021-22 season was by far his best yet. .

The All-Star guard hit career highs in points, rebounds and assists per game and had a career-high 46.2% from the field.

It looks like Garland and Paul are going to make sure he’s financially in place for years to come in the offseason after posting such a strong third season.

The Cavs would be wise to lock Garland in for the long haul after taking such a big step to becoming a playoff team in the 2021-22 season with him in the lead.