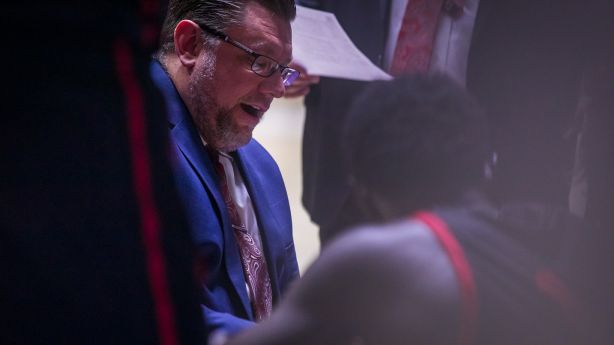 AROUND THE WASATCH – Todd Simon took men’s basketball to southern Utah where he’s never been before during the 2020-21 season.

Playing in the midst of a global pandemic, the Thunderbirds won the first Big Sky Conference Championship in school history with a league record 12-2. Simon’s side finished with a record 0.864 winning percentage, a flawless 14-0 home score and the most wins in the team’s Division I era with an overall record of 20-4, including a 79-78 victory over Nebraska which stands as the program’s first-ever win against an opponent from the Power Five.

Now he is being rewarded for it.

SUU athletic director Debbie Corum announced a long-term extension with the head coach on Wednesday, signing a contract for Simon until the 2026-2027 season.

â€œIt is a tremendous honor and a blessing to represent Southern Utah University and Cedar City. It is a place of which we are very proud and of which we feel a deep connection with the community. My family and I are grateful to Debbie Corum and the leadership of the university. for this extension, “Simon said in a statement.” Under Debbie’s leadership and with our excellent staff, we have built and improved the program every season, culminating in an unforgettable championship season last year. Our vision is to maintain excellence on and off the pitch and to continue to compete at a high level. “

In five seasons at Cedar City, Simon, a former UNLV assistant and interim head coach of the Runnin ‘Rebels before heading north on I-15, reversed a schedule that was 6-24 in 2015. -16 and turned the Thunderbirds into a 20-team, a conference title contender, and won the program’s very first playoff game in Division I play with an 80-73 victory over Drake in the CIT.

All of that led to Wednesday’s overtime, and for good reason – ESPN bracketologist Joe Lunardi is currently listing the Thunderbirds as the Big Sky’s automatic qualifier in his screening far too early for next March.

Mark your calendars for Saturday, November 27. The next chapter in the BYU-Utah rivalry has a date.

The Utes and Cougars jointly confirmed the date on Wednesday morning when the University of Utah finalized the non-conference schedule for Craig Smith’s first season on the Hill.

BYU will travel to Utah on November 27, one of seven non-conference dates announced by the Runnin ‘Utes. The Cougars join Bethune Cookman, Boston College, Rhode Island or Tulsa, Missouri and Fresno State on the Utah slate. The schedule opens on Saturday, November 13 against Sacramento State.

BYU, which added San Jose State / LSU Seneca Knight transfer and Illinois / Milwaukee Te’Jon Lucas transfer during the offseason to join a host of returning starters led by point guard Alex Barcello, opens its 16-game West Coast Conference schedule Jan. 1 in Portland. The roster includes home games on January 8 against Saint Mary’s and February 5 against Gonzaga, with road games on January 13 against the Zags and February 19 with the Gaels.

The Cougars’ non-conference program also includes the Diamond Head Classic December 22-25 in Hawaii, as well as an on-site neutral denunciation against Creighton at the Sanford Pentagon in Sioux Falls, South Dakota on December 11.

BYU has added one more player to its roster for the 2021-22 season in former US heritage wing Paora Winitana.

Hailing from New Zealand, the 6-foot-6 combo guard averaged 26 points, 15 rebounds and seven assists last year at American Heritage in Lehi and plans to join BYU for a year before serving. a two-year mission for The Church of Jesus Christ of Latter-day Saints.

Winitana moved to the United States with her family, including her father Paora Sr., who played professional basketball from 1996 to 2016, primarily in his native New Zealand and Australia.

“A total shock”: the right-wing opponent leads the recall race in California | California