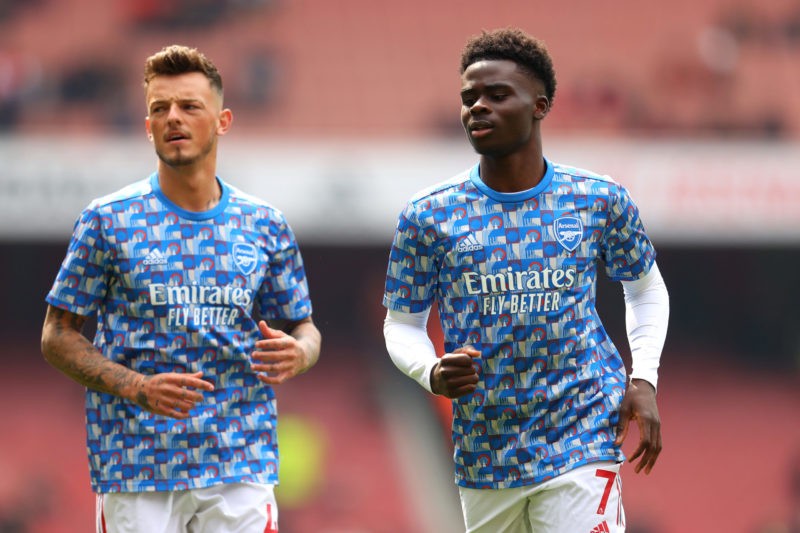 The Daily Mail reports that Arsenal are set to step up their attempts to agree a contract extension for Bukayo Saka, in part because Manchester City are eyeing the youngster as a replacement for Raheem Sterling.

The Mail claim City have identified Saka as a long-term target, although Arsenal are highly unlikely to consider selling this summer.

Saka still has a contract until 2024, and Mikel Arteta sees him as a crucial member of this season’s squad. A move to City for Saka would only get worse if he still hasn’t signed a new deal by next year.

A new deal with Arsenal would make Saka one of Arsenal’s highest-paid players, and there’s a feeling he can be persuaded to sign. But the lack of Champions League football has dealt a blow to the Gunners’ chances.

Fabrizio Romano also reports that Saka’s extension is a priority for Arsenal and talks are still ongoing. Saka is happy with the project under Arteta, and they are discussing salary details at this point.

After 43 appearances, 12 goals and seven assists for Arsenal last season, Saka won the Premier League Academy Graduate Award for 2021/22 and Arsenal’s Player of the Season award.

Speaking after Arsenal’s win over Everton in Baltimore on Saturday night, Mikel Arteta was asked about the contract situation.

“We will try and we both have the same intention and it’s a matter of time,” he replied.